Oh how ridiculous!!!  How can it possibly be so log since I popped along to my dear little blog?  I mean, I knew it had been a couple of weeks or so but to find it has been over four months is somewhat of a shock!  Well, they say time flies when you are having fun so I must have been having an absolute ball!!!

I have been crafting ... nothing creative ... just about ticking over to get all the cards done for this year but no motivation or inspiration to just play and experiment.

So no news to share really ... will get some of my cards on here just to keep track of them but have to say they all seem a bit disappointing to me and there isn't anything I was particularly pleased with.

Oh I guess the biggest news is I am no longer a Vagabond owner ... this was my second one (the first having already been replaced due to the fault many of the original ones seemed to have - namely smoke pouring from them).  My second one just died.  Working one moment and then nothing the next.  Luckily it was still just under guarantee and I was offered a very good deal from Sissix for yet another new machine plus some dies etc., or an exchange for a Big Shot.  I thought long and hard but by now had really lost confidence in the Vagabond and so took the exchange.  Can't say I am really a turn-the-handle type of girl but the only thing that can go wrong with it is if I mess up which shims and platforms to use so all the time I am using it I am saying to myself  "if the handle won't turn, don't force it" ... have had to encourage it a little on occasion but nothing major!

Ooooh yes, I have discovered Spellbinders ... got to say they don't really lend themselves to my much preferred grungy-Holtzy style of crafting but I have been finding it hard to get the results I want so have all but given up for the time being.

First time out with the Spellbinders was a disaster ... how on earth do you get them from the card or paper??!?!?!?!  Then I discovered that waxy paper stuff and BRILLIANT!  Can highly recommend it and am no longer throwing ripped or distorted die-cuts into the recycling bin.


These were my first attempts with the Big Shot and Spellbinders:

They ended up far larger than I ever like my cards to be but it is all a learning curve figuring out where to place the Spellbinder dies and which bits cut and which don't ... that was fun - place die, turn that bloomin' handle, lift up plate only to find you didn't cut what you thought you had ! 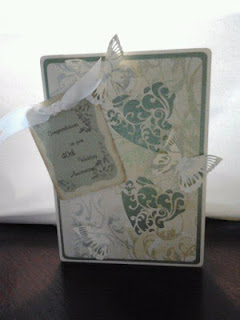 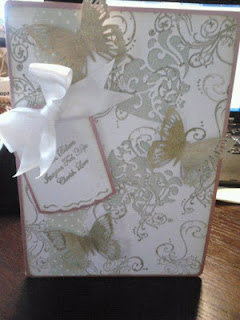 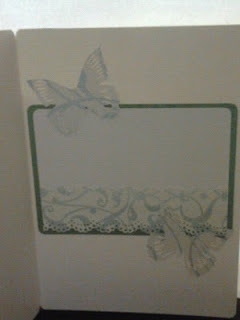 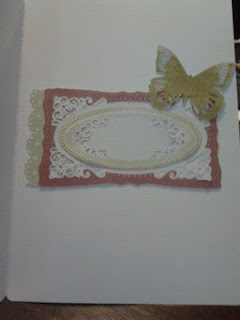 I did a New Home card for nephew number two and his girlfriend which was more in the style I prefer : 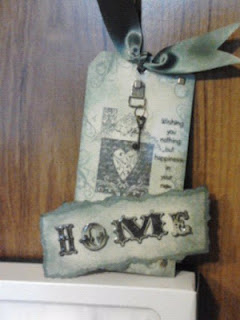 The message was printed onto acetate and I used Glossy Accents on the word "HOME" and dyed the ribbon to match so had very messy fingers and was in grunge-mode which always pleases me.

I forgot to take a photo' of the back but know I'd have inked it to match the front with a few swirly bits but really can't recall what else I did ... note to self: take better photographs!

I did go all out with the grunge on hubby's birthday card but he is one of those who doesn't "get" grunge so it was just okay. 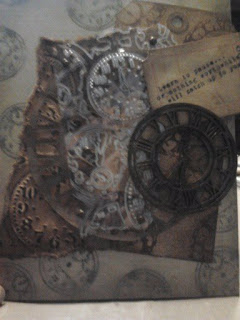 It was inked and embossed and ripped and torn and stamped and grunged to the extreme but, oh boy, did I enjoy the brown inky fingers that ensued! 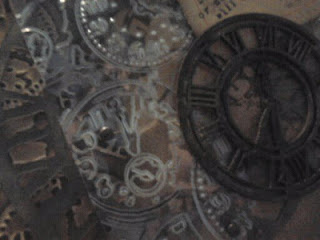 And one more ... its fate is yet to be decided because, again, it is not my preferred style and the back ground paper has "buckled" as I only put tape around the edges and in a couple of strips across the paper ... I am about ready to bin it and start again as it is not good enough to give and I can't see any way of fixing it. 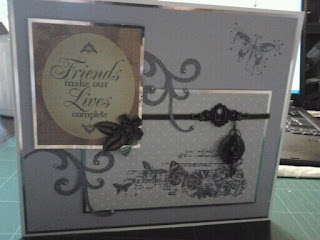 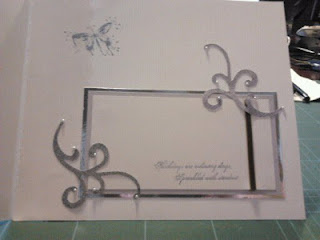 Last one I must get here is the card I made when nephew number one got his black belt at TKD ... I'd kinda hoped the ribbon across the centre would represent the black belt but nobody else realised that so guess I was just trying to be too clever! 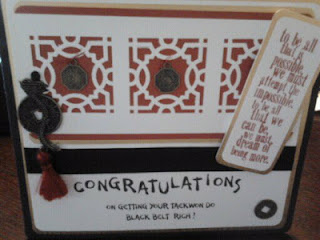 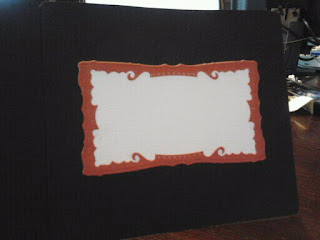 Now I really do plan on not leaving it so long until I blog again ... got lots and lots of crafting I really must get done so will aim to get back here with that ... honest!
Posted by Debbie Rock at 22:13