After WEEKS and WEEKS of worrying and stressing over how I'd even get there, let alone cope, I made it to Amelia's Creative Crafts in Studley for a weekend with the wonderful Finnabiar ... the amazing lady that is Anna Dabrowska

Have done many of her classes now (20 actually!!!) but was so poorly last year, the effects of which have changed my life completely, so honestly thought I'd never see her again

Couldn't even contemplate that so as I got a bit stronger again I contacted Nikki, the owner of Amelia's, and told her of my concerns and she went out of her way to reassure me and so I booked in

Stress levels through the roof as the workshops drew ever closer - more meltdown's to both Finnabair and Nikki - but so, so wanted to get there

And get there I did!  Helped enormously over the weekend by Nikki I managed the two very long days ... but the time just flew because I was having such a wonderful time 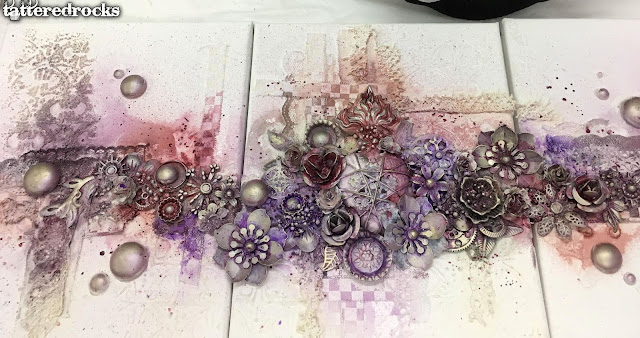 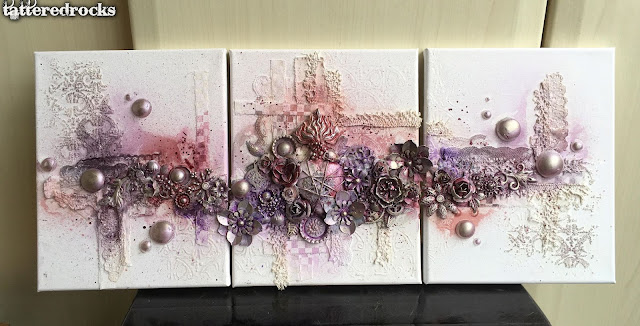 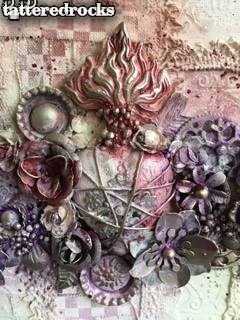 Sunday morning saw us starting with
"POETRY OF PATINA" 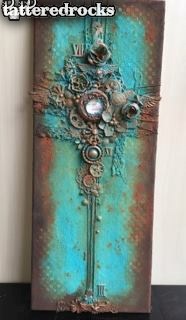 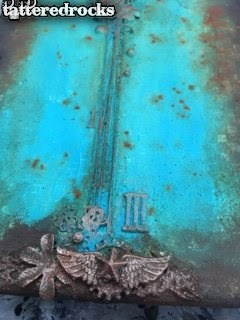 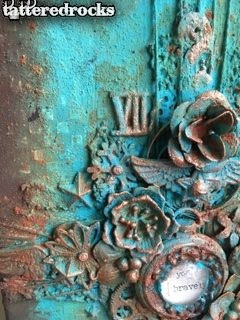 Everyone used the same colours of Finnabair's rust paste and patina paste sets
I bought the patina pastes when they were first launched but did not like them at all ... do now though and would like to do another project using these techniques at some point

The words under the dome in the centre of the pocket watch says
"be you, bravely"
Because I think I was this weekend!!! 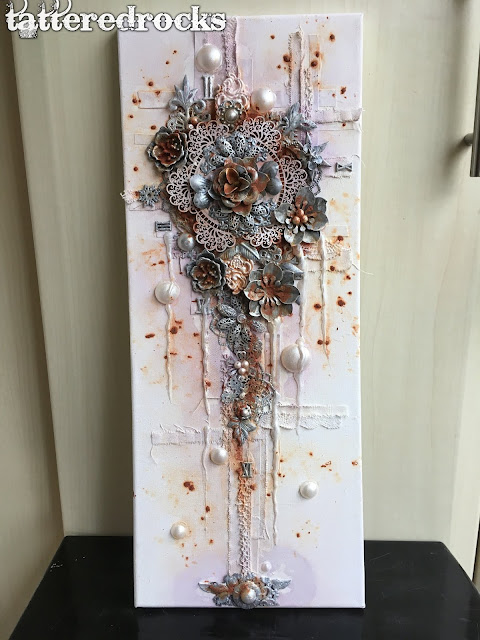 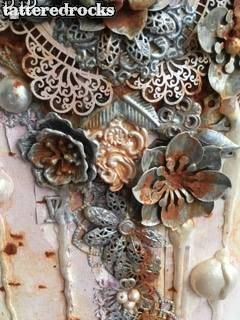 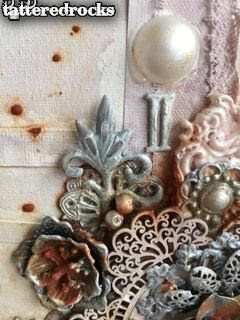 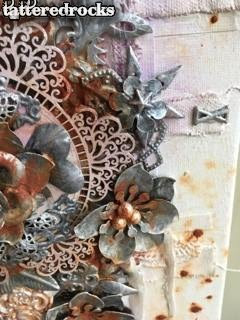 I even took it to Finn and asked if it was salvageable
She assured me it was
and she was right OF COURSE!

All in all I was pleased with my projects ... not al quite as I had in my head but am happy with them none-the-less

HUGE thanks to Finnabair herself and then to Nikki, Tracy, Holly & James of Amelia's Creative Crafts ... you made the whole weekend just a dream from start to finish and I loved every minute.