In these continuing very uncertain times sometimes things seem just a bit too much & I have found I can trip merrily along but then, wham, my feet disappear from under me and the ZZzzzz's are the best option

Anyway, to this week's leap (or crawl) around fellow deskers, all courtesy of our wonderful Julia at The Stamping Ground

Whilst working on a piece for Doug, with Shaz very much in my thoughts I began to wonder if any of her WOYWW friends might like a litle keepsake too

I will make as many (or as few!) as are needed so nobody will miss out - just email me your address or FB message me & I will get one in the post to you 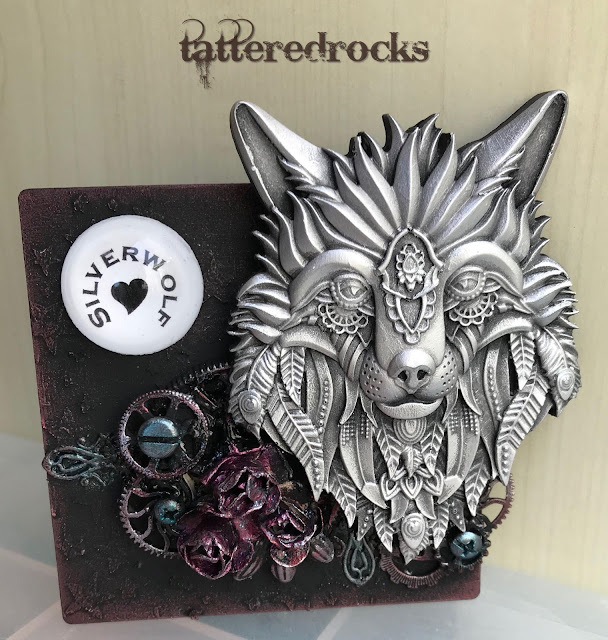 The piece for Doug was on a wooden panel - can't recall the size - not that it matters, of course

Of course, it wouldn't fit through the door!!!!!! So Phil was caught loitering outside Doug's door by his two brothers and the dilemma of where to leave it was solved

More tears and another box of tissues (thank goodness I have, er, a few boxes in stock ... not that I have hoarded them, you understand) 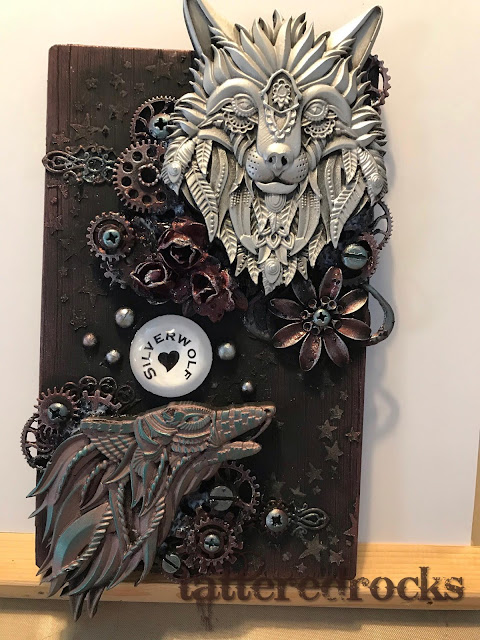 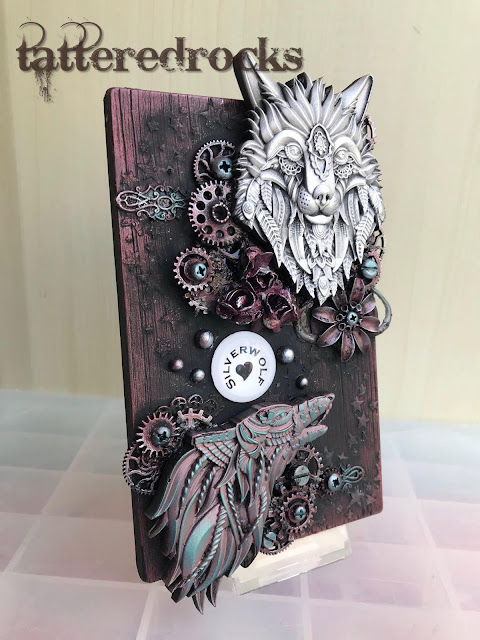 If I don't ever make another piece again then this one was why I began my little sticking-metal-to-planks-of-wood journey in the first place - not because I was pleased with the composition or the colouring - but simply down to Doug's such very kind words
*****
GRIEF
It sucks
Considering it is something we all have to face at some point we are so very ill-equipped to deal with it
From the gut-wrenching, heart-breaking grief of losing family to the unbearable grief of losing  a partner (which I simply can't bear to imagine) it is a very long and difficult path ... a path I don't think you ever leave but, somehow, learn to tread
Then there is the grief of losing a friend - were Shaz and I best friends? No. Were we good and close friends? I do believe we were - shared many a giggle and she was one of those friends not afraid to laugh or cry with me or give me a good kick up the bum when needed.  Her support was unquestionable and I loved her to bits.  Goes without saying I was truly blessed to have had her in my life and I miss her - as I know lots of us do - very much
It took me an extraordinarily long time to come to terms (if, indeed, I have) with losing mommy in 2006  - took me pretty much ten years of searching for a resolution to my grief
I wanted to be told that in six months, a year, five years I would be "OK" - or once all the first anniversaries were out of the way I'd be "OK"
"OK" just never happens and you are forever a changed person - a broken, battered and bruised version of yourself but one that, will, in time be able to appear "OK" - but I now know I will never be the other Debbie
Grief - as I said, it sucks
A huge turning point for me was not the endless & unrelenting Googling "How to survive a  loss" (or pick any one of a milion other titles), it was not ringing helplines or messaging bereavement groups
It came whilst watching a favourite TV show (Criminal Minds) where, at the end of each episode one of the characters is heard reading a quote
There I was that evening when I heard the quote below ... it stopped me in my tracks and I FINALLY got it - finally understood this thing called grief, and from here I began to turn the corner and this quote has been my lifeline ever since
"It has been said, 'time heals all wounds'.  I do not agree.
The wounds remain.  In time, the mind, protecting it's sanity, covers them with scar tissue and the pain lessens.  But it is never gone."
Rose Kennedy
Posted by Debbie Rock at 08:14