Is that REALLY my post title ...
When Debbie met Tim
you better believe it ... because I can't!

Never imagined for one moment I would ever get to meet the first person to influence my crafting in such a massive way ... was struggling making cards ... trying to find the "something" that I felt was missing and then i happened across Tim Holtz

Now, anyone that knows me knows that the swishy-swooshy thing is what I love to do most of all

So ... to Harrogate and the wonderful Art From the Heart workshop to attend Tim's Creative Chemistry Live UK workshop.

If I ever did get to attend a Tim workshop I always imagined I'd be at the back of some huge conference room, one of hundreds, with him a tiny speck in the distance and me watching him on a screen
Well, I was at the back (out of choice) of the room, and there was a screen but there he was just a few feet away from me and with just 24 students ...
and Mario!
Must not forget Mario!

What with losing daddy and everything else that was going on we were not going to go to Scotland this year ... but then we figured Harrogate is on the way up north so changed our minds and just four days after getting home from ten days in Cornwall for Alfie & Nicola's wedding we packed up the caravan and it was a case of "Tim Holtz here I come!"

Met up with my dear friend, Shaz (ShazSilverwolf) and before long we were sitting in the workshop hardly daring to believe it was really happening
Got to admit I kept nudging her and nodding my head towards the front of the class and mouthing "it's Tim!" to her

The workshops were just so brilliantly organised and Tim & Mario are just the most lovely guys ... having seen SOOoooooo many of Tim's video's I thought I  knew what to expect but I was wrong!  He is so funny and so, so talented and his style of teaching just blew me away ... from the get-go the atmosphere was relaxed and there was so much laughter and - well, it was all just simply perfect.

On our desks were our kits and an apron and all the tools & equipment we would need ...

The kits were full of the ten tags we would be using - all prepared and ready to go by Mario and a gift of two bespoke stencils ... stencils that won't ever be for sale and were just for these workshops.  Lucky, huh!

This is getting a bit word-heavy so will just cut to the photo's ... pretty much explains everything anyway ... 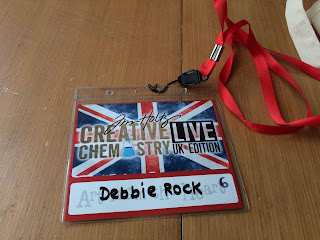 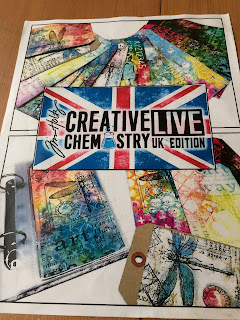 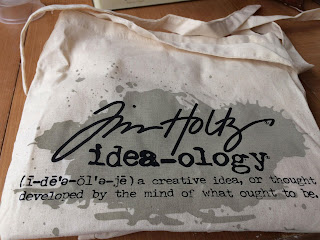 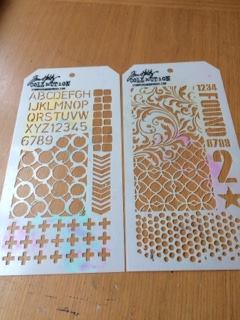 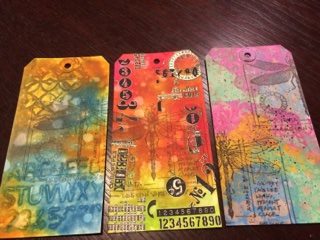 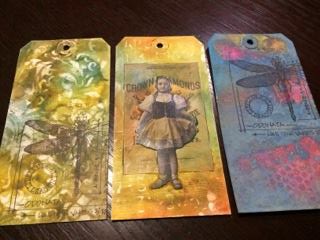 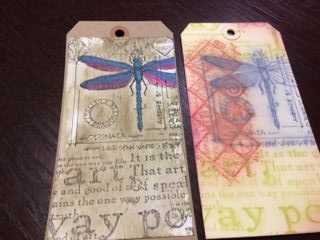 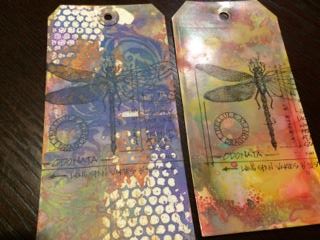 Oh, I got an "awesome" from Tim for that tag!!!
But I cheated and used what I knew to be his favourite colours
I had pushed myself hard using colours I would not normally choose for the first three tags but then thought I'd do one in colours that are more to my taste ... dark side and grungy, you see! 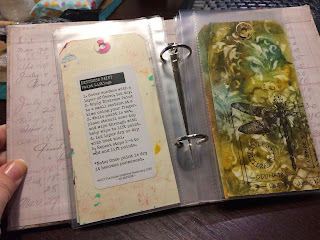 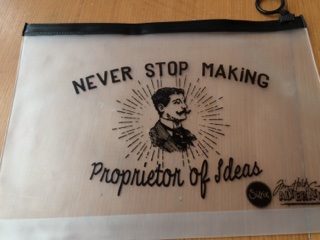 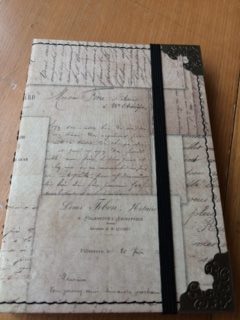 And, of course, a notebook means an opportunity not to be missed! 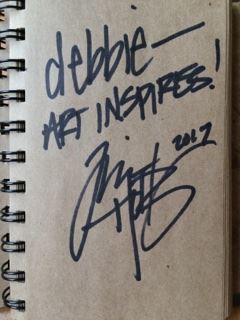 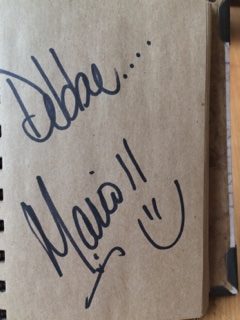 Having heard of the trouble we all had to get our places at the workshop we were given a necklace with three lucky charms
Believe me, we all knew just how lucky we were to be there 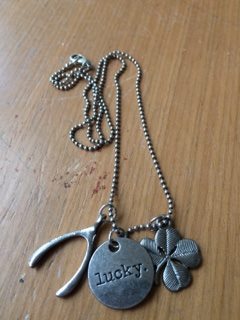 And finally a bag in which to take everything home 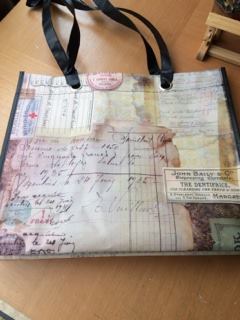 So, when I consider I so very nearly backed out and didn't go I had the most amazingly wonderful time and would have regretted it for ever ... what an idiot I would have been!

I wasn't going to get a photo' with Tim but Shaz's husband Doug was having none of it and practically dragged me over to him announcing "she's a bit shy" ... so in this photo' Tim does actually have his arm around me !!!!!  An awful photo' as I look every bit at poorly as I was feeling (but that pales into insignificance alongside how very, very poorly my dear Shaz was feeling) and, hey, it's me with Tim!

And Doug was right, of course, that photo' was an opportunity not to be missed and I would have regretted not getting it 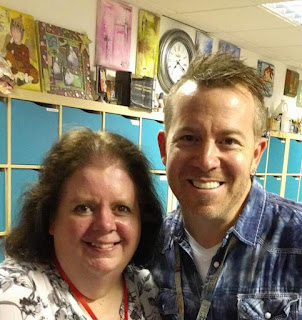