All cards and presents now received so able to record them here!

Very smugly had the cards all done and dusted really early (well, very late for me but really early for most)
BUT
then when I came to write them I decided they needed tweaking
SO
tweaking I began and ended up stressed and fraught and crying
not helped by a sniggering husband sitting across the table saying
"you do this to yourself every year ... "

Worst thing is him being right of course!

I had intended to stick the little stars actually onto the card itself  but did not like the look at all so went to Plan B ... to "simply" attach them to a strand of silver thread and have them dangle ... pleased this would solve two problems at once as tying the silver thread around the ribbon kept it nice and flat for posting
but, oh my goodness the time it took!
longer than making the whole batch of cards in the first place

got there in the end though & this then had the 120 or so cards for friends sorted! 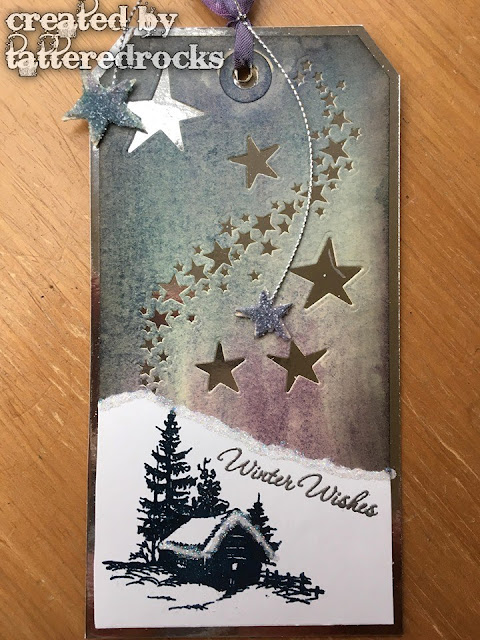 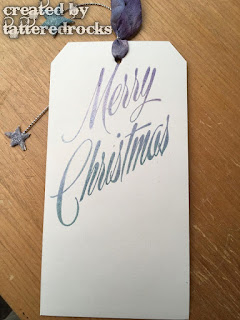 For family & close friends I made shaker cards
Those that know me know cards that open are not my thing
Tags are my thing
but no way were those shaker bubbles fitting on a tag
so went with opening cards - case in point ... as I handed my sister her envelope she said, "I hope it opens"

The bubbles and frame around them were bought last year but I did not get round to making them then and am no longer able to recall from where they came ... I got six of the hearts and six of the circles

Did my favourite splooshy-sploshy squishing of ink pads on my craft mat and spritzed with water and dragged the card through to get my favourite sorts of backgrounds.  Used the same colours and one of Tim's (we've met so are on first name terms LOL) stencils to make the tartan edge 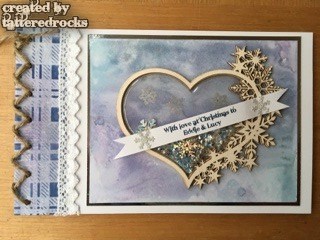 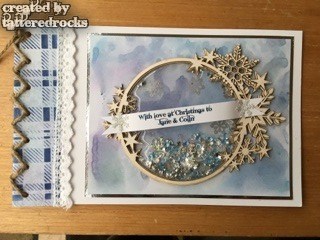 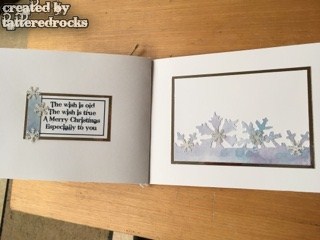 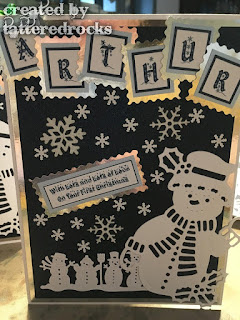 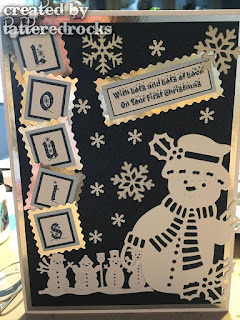 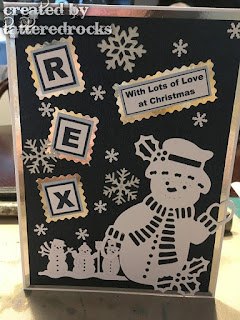 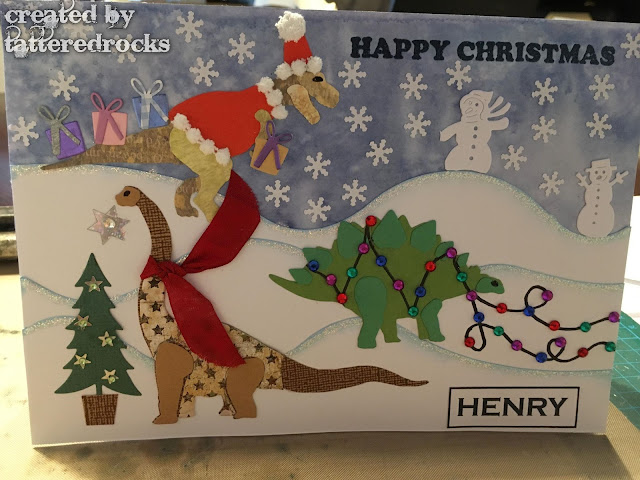 I bought the "Oh Deer" clipboards when Tim launched them in 2016 but had no inspiration to use them at all.  They languished in a box in the loft for three years until I decided this was the year to use them

I did six with a green theme 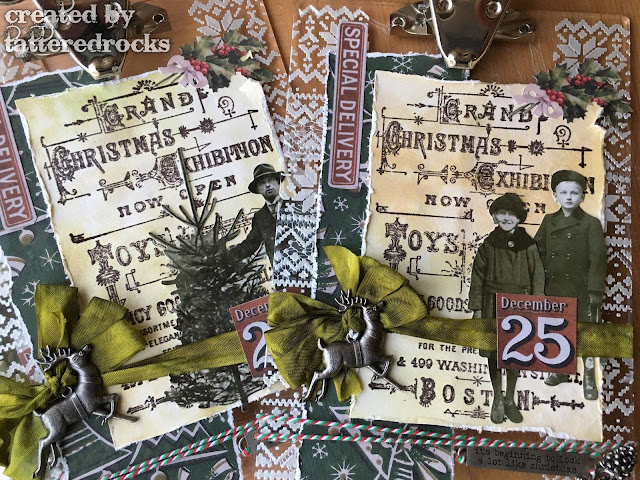 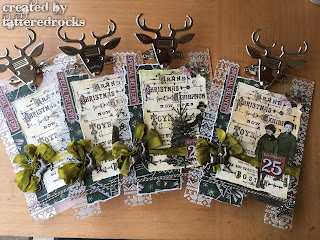 And two with a red theme 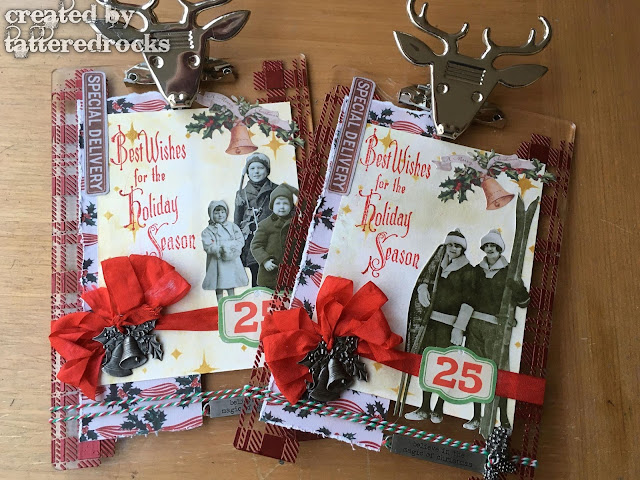 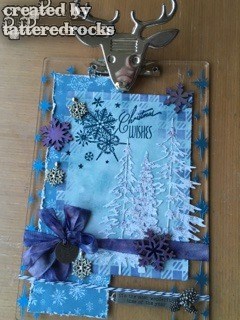 Then I made six journals (for drawing, shopping lists, general note taking - whatever rocks your boat)
I did four of the burgundy ones and two of the blue 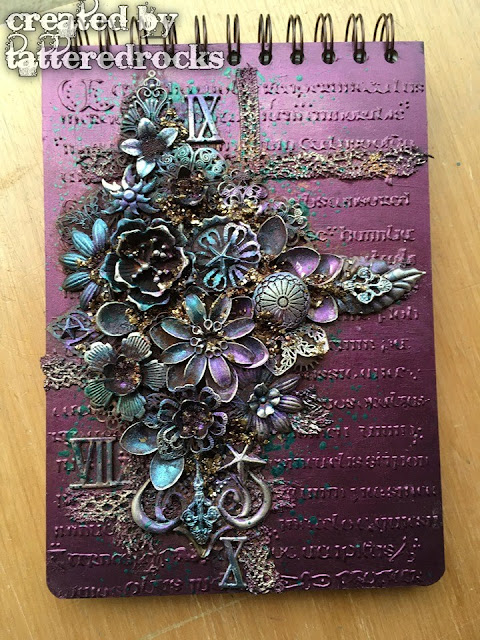 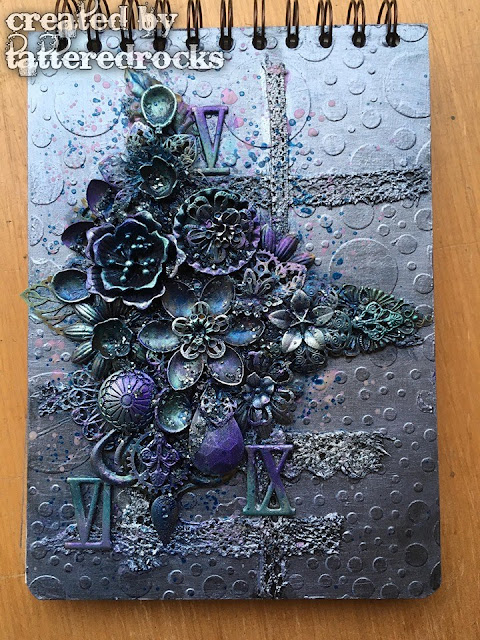 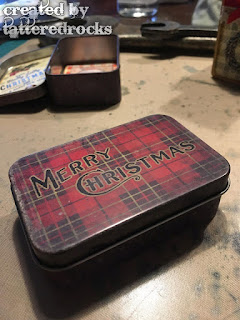 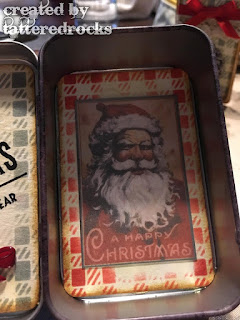 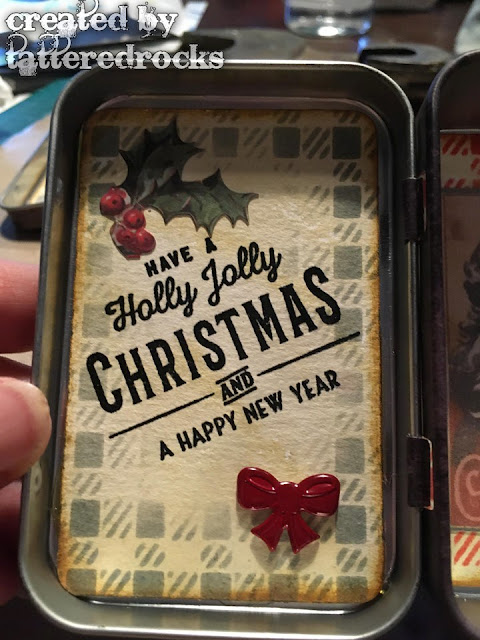 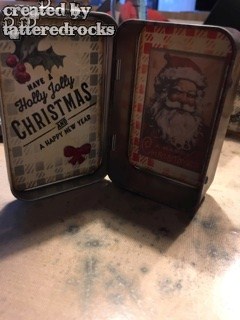 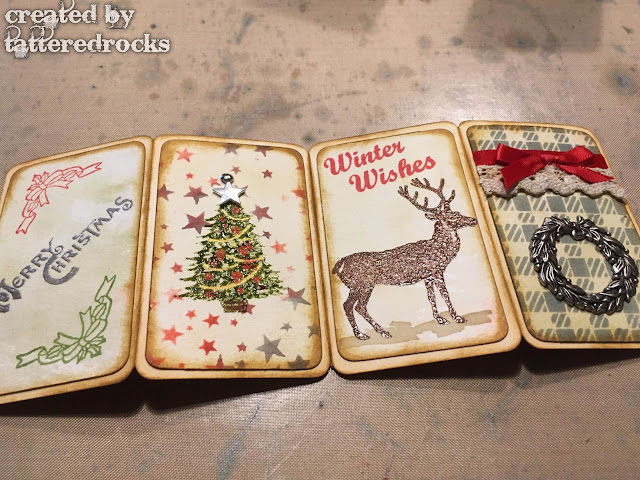 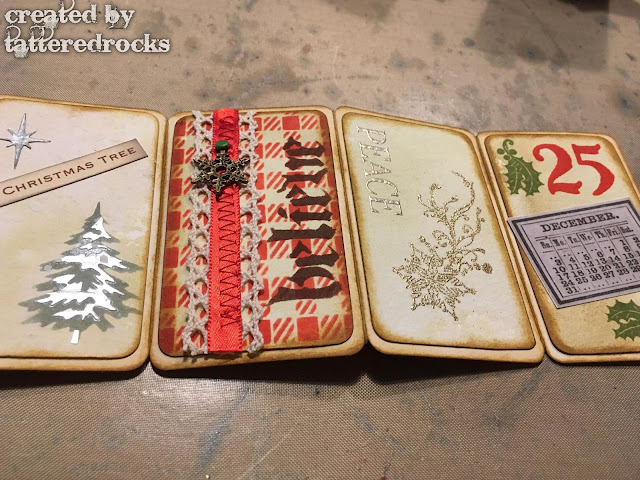 When eldest nephew number two & his wife were asked what they would like for Christmas they both messaged me back separately saying ALL they wanted was one of "Auntie Debbie's stitched tree decorations"
Now I had stopped doing these for a few reasons and certainly had figured the nephews and nieces-in-law were just being polite when they got one each year ... seems i was wrong!

Took some effort to track down the Mill Hill kits as the supplier I always used no longer trades but I found a few (and have stocked up for next year too!)
Other issue is my poor eyesight now (no sight in one eye and really rather bad in the other one) so I had put off even trying to cross-stitch or do beading
Out came my old illuminated & magnifying light and I surprised myself with being able to cope

So they got one each ... a Red Cardinal and a Panda 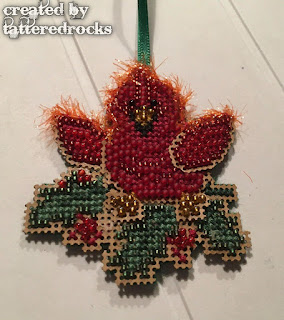 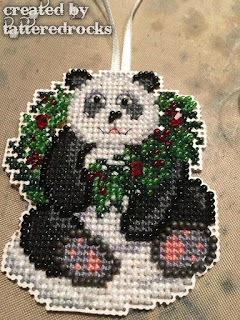 This year I decided on parchment ... now I LOVE to see parchment work but it has never been a craft I have enjoyed and long ago decided it was not for me
so why, oh why, did I decide on parchment?!?!?!?!?!?

My friend was very kind to lend me some of her Clarity Groovi plates (she does not live close so it was a through the post job) and I bought a whole load of pricking and piercing tools
but soon realised I was out of my depth ... was happyish with the the little I did but soon realised that even if I aimed for next Christmas I would never have them ready in time if I stuck to the pierced backgrounds I had envisaged

No way can these be classed as parching so I have invented a new name - velluming ... definitely something I will avoid at all costs in future! 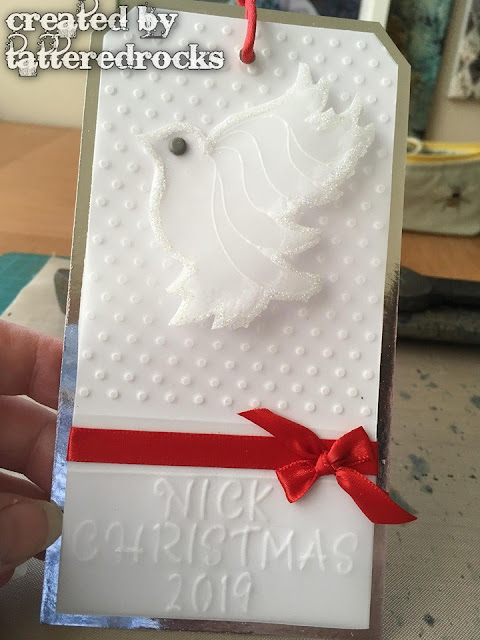 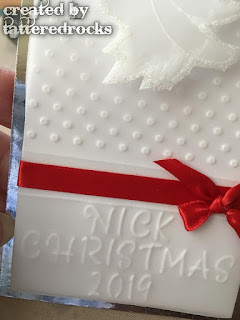 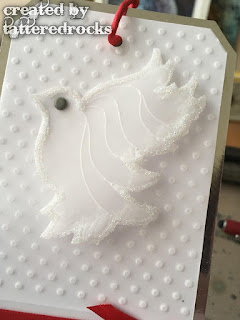 And yes, yes, I know the doves are very poor and crumpled and twisted but, to me, they are okish as they look like they are fluttering across the card

All it leaves me to say - to those of you still awake after reading all my drivel is I hope you had a wonderful Christmas and that the new year brings you only good things.