Can’t quite believe how long it has been since I blogged but, hey-ho, time flies, eh?

This is just a last minute catch up - trying to get this year’s projects recorded before the year actually ends!

This one was based on a video from the wonderful Finnabair but as it used techniques I was already used to I decided to use it as an excersise in colour - the one area that still scares me! 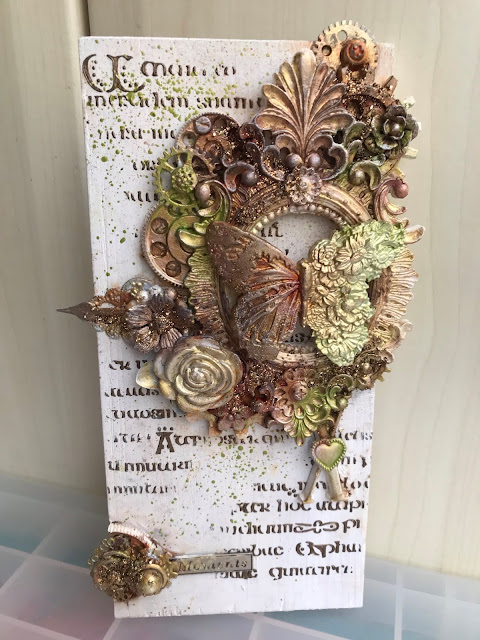 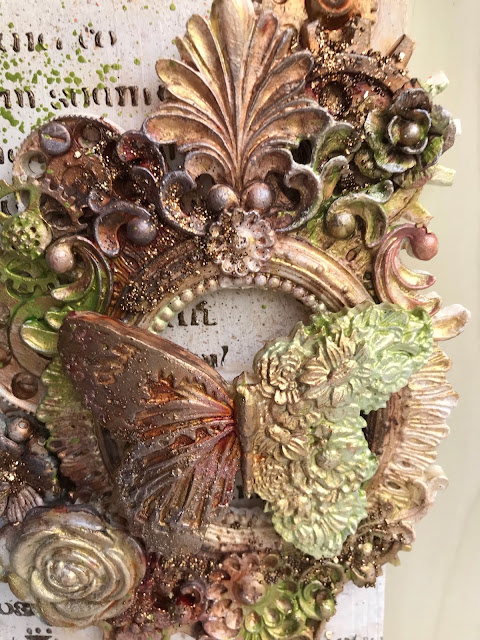 The photo is of Nicola (&was taken by nephew Alfie) 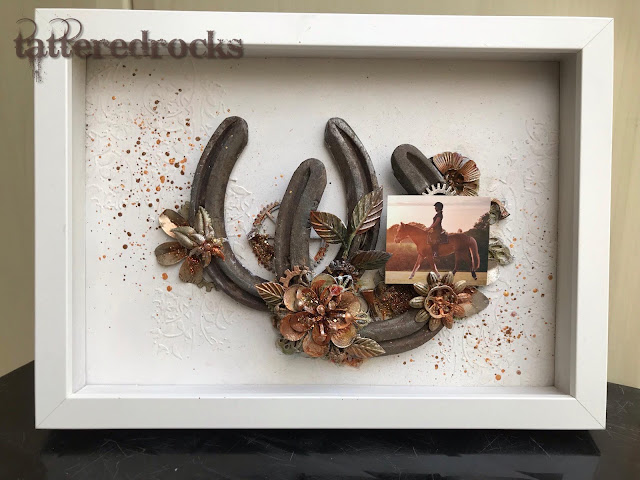 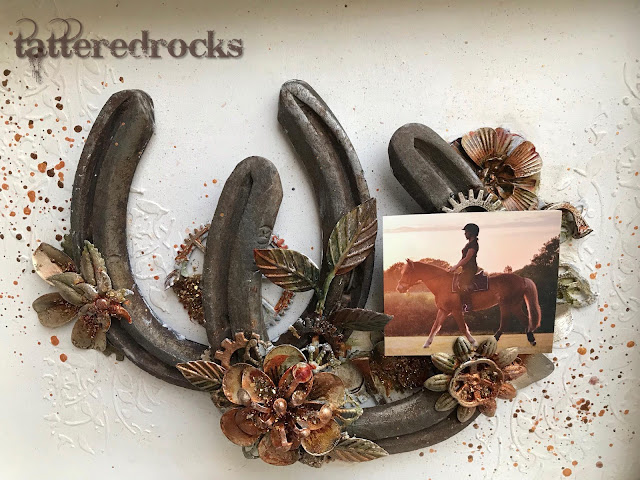 There were nails still attached to them which I wanted to use but no way could I leave them in place due to their position, so hubby removed them for me and I included three of them in the design ... can you spot them?

Nothing has stopped me doing my bobble blankets ... had a full order book pretty much all year but finally found time to do three toddler sized ones for three of my litties (great-nephews)  The eldest, Henry, already has a full sized one and the youngest, Luna, had one around her birthday back in June

Then I decided it was time Rex, Louis & Arthur proressed from their baby bobbles and I set about ordering yarn ... all carefully chosen to be similar,but different

Plan backfired ... Louis was here one day as I was working on an order & he came over to stroke it

"I like yellow ones" (right now EVERYTHING has to be yellow

So more yarn ordered and success was declared

Might grow on me, I thought, so carried on

So - more yarn ordered and this time I was much happier

Rex was too & his reaction made everything worthwhile 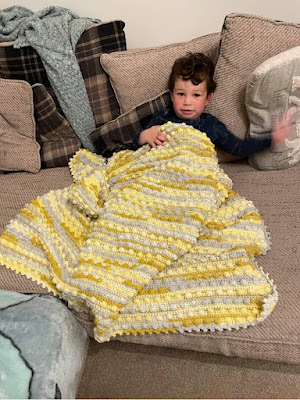 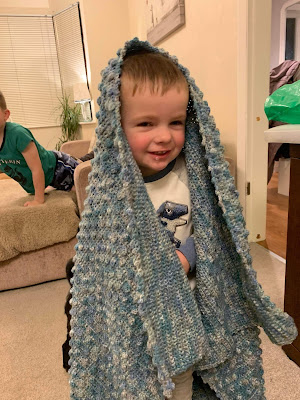 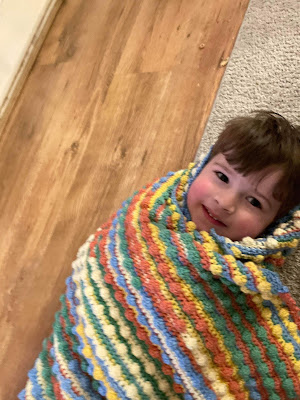 Now I am able to sit for short periods of time I have lots of plans for the new year - lots of projects waiting to come to life ... or not, according to how I feel about them once done!