lots of pleading with hubby whose reply each time was "all lost on me mate, I know nothing about blogging"

more pleading until he had no choice but to give in and suggest my browser (?) was too old to support the new blog thingy

he finally came from his side of the table to "take a look" & finally using his laptop I spotted a vaguely familiar format and actually managed to blog my rolling pin yesterday along with a couple of posts I had ready to publish but couldn't before now as I couldn't figure out how!

but, right now, I must admit pretty much everything is totally beyond me

So, the point of all this drivel is to link up with Julia over at The Stamping Ground for the weekly hop around fellow crafty desks and to catch up on what we are all up to 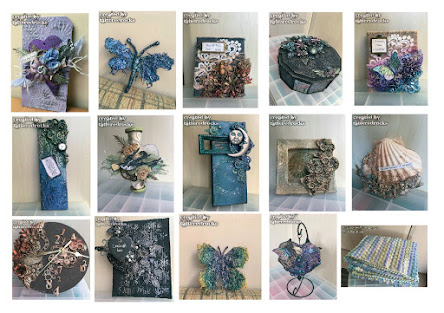 I planned on doing 12 giveaways to cover the originally suggested 12 weeks of lockdown but then figured it might go on a wee bit longer so went for 15 ... mostly for totally selfish reasons as I really became engrossed in the project and it most certainly kept me going
Got a bit of criticism for it all of course - at the start I wondered if it might also be a distraction for others ... a sort of "goodness me, what is Debbie up to now" type of thing ... and to provide a little positivity during what were such unknown and scary times
but it backfired on me when it was suggested I had ulterior motives and was only after self-promotion ... I knew nothing was further from the truth and so tried to Move Past It and Carried on Regardless
Alas, my desk right now is somewhat bare ... inbetween projects and partly cleared away from doing my rolling pin earlier this week and partly set up for the next project ... the only dilemma being which one it will be!
Watch this space! 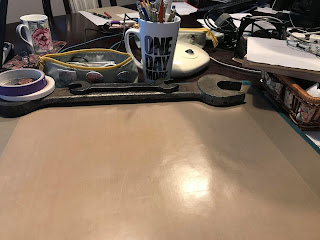 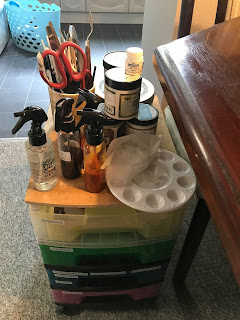 Apologies in advance if I do not manage to get to your desk this week .. shall try and hope it is not too different than with the old blogger
although saying that there are a couple of deskers to whom I have found it impossible to reply as their blogs won't let me leave a comment
If I can work out how to get back to you then I certainly will