I have to admit I am not the best WOYWW'er amongst us - really no excuses other than dreadfully poor time management and still struggling with the "new" blogger but, being determined to join in the anniversary of Julia's inspired idea all those years ago, here I am!

So to my desk - awfully boring as I cleared away after making the ATC's and am now ready to tackle a new project tomorrow ... or the next day ... or whenever.  Either way my desk will soon disappear amidst the chaos in which I seem to work!

The clock on the wall pretty much gives it away - that I took the photos at 4.30pm yesterday.  The sun was shining and it seemed to be a sign. 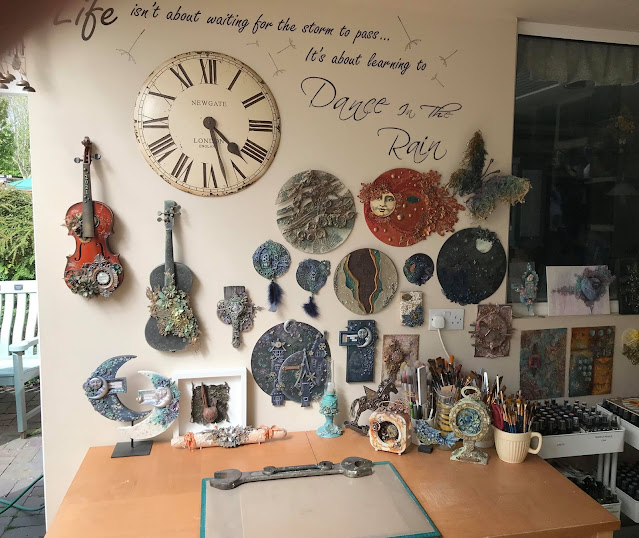 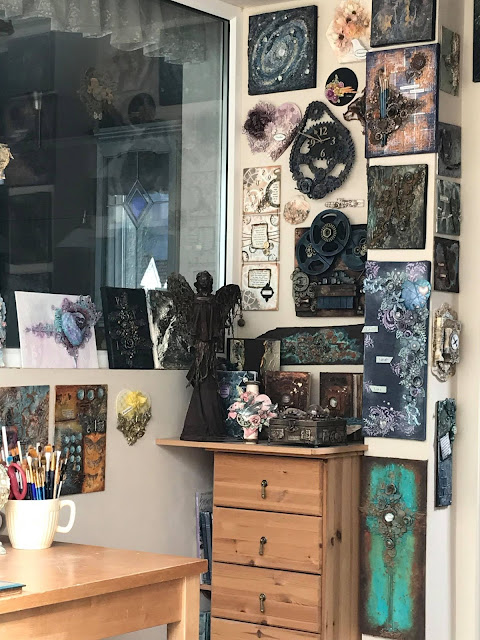 The observnnt amongst you will notice the two white trolleys holding my sprays have disappeared from the second photo ... they are only pushed out of sight in order to make for a better photo - afraid I couldn't be bothered to remove them and then retake the first photo ... but you will get the idea
So - to the main purpose of this blog
HAPPY 12th WOYWW ANNIVERSARY
and to thank, again, Julia, for bringing some very special people into my life
I have my ATC ready to send to my "official" recipient and I have three spare so if you'd like one just shout up
xXxXxXx