Well, it came and it went and what a FAB - U - LOUS time was had by all!
I refer, of course, to the WOYWW Crop that took place last Saturday.  Julia and Jan were the most perfect hosts with hugs and warm welcomes from the start and it was just lovely to meet up with a whole bunch of other WOYWW'ers and just craft away.

Jan provided the most delicious lunch and after much chatting and wandering around and seeing what everyone else was up to the day was over all to quickly.

Completely forgot to take any photo's ... yeah, ok, I know ... DUH!  MaggieC (Silvercrafter) has just saved the day, however, and my sanity and suggested I take a photo' of the ridiculous effort I did at the crop.  I'd never been to a crop before so had no idea what to expect and, having been really poorly only a few days before I had to Keep It Simple and after really ... REALLY ... stressing about what to do I saw the little quote amongst some Kaisercraft products and then knew instantly what I would do.

The photo' is me and hubby taken at Easter. We always spend Easter at Eastnor in the Malvern Hills and up from the camping field in the deer park is an obelisk.  It is quite a trek up to it and I never, EVER in a million-zillion-trillion (get it?) years thought I'd ever, ever, EVER (ok, you get my drift) get up to it.  Well, I got a couple of strolls around the deer park under my belt over the Easter weekend (we were at a Land Rover rally) and that in itself was a huge accomplishment for me as it is only very recently I have left the caravan at all.  Then as everyone drifted away after the holiday weekend (we were there for 12 days) I suddenly announced to hubby "do you think I could get to the obelisk" ... well, won't bore you with the whole story but the picture does say more than a thousand words.  To the obelisk I did get ... plenty of stops as I trekked up the hill and I took it slower than a snail with a broken leg but I did it!

Then, thinking I might have dreamt it and not made it at all I did it again two days later. 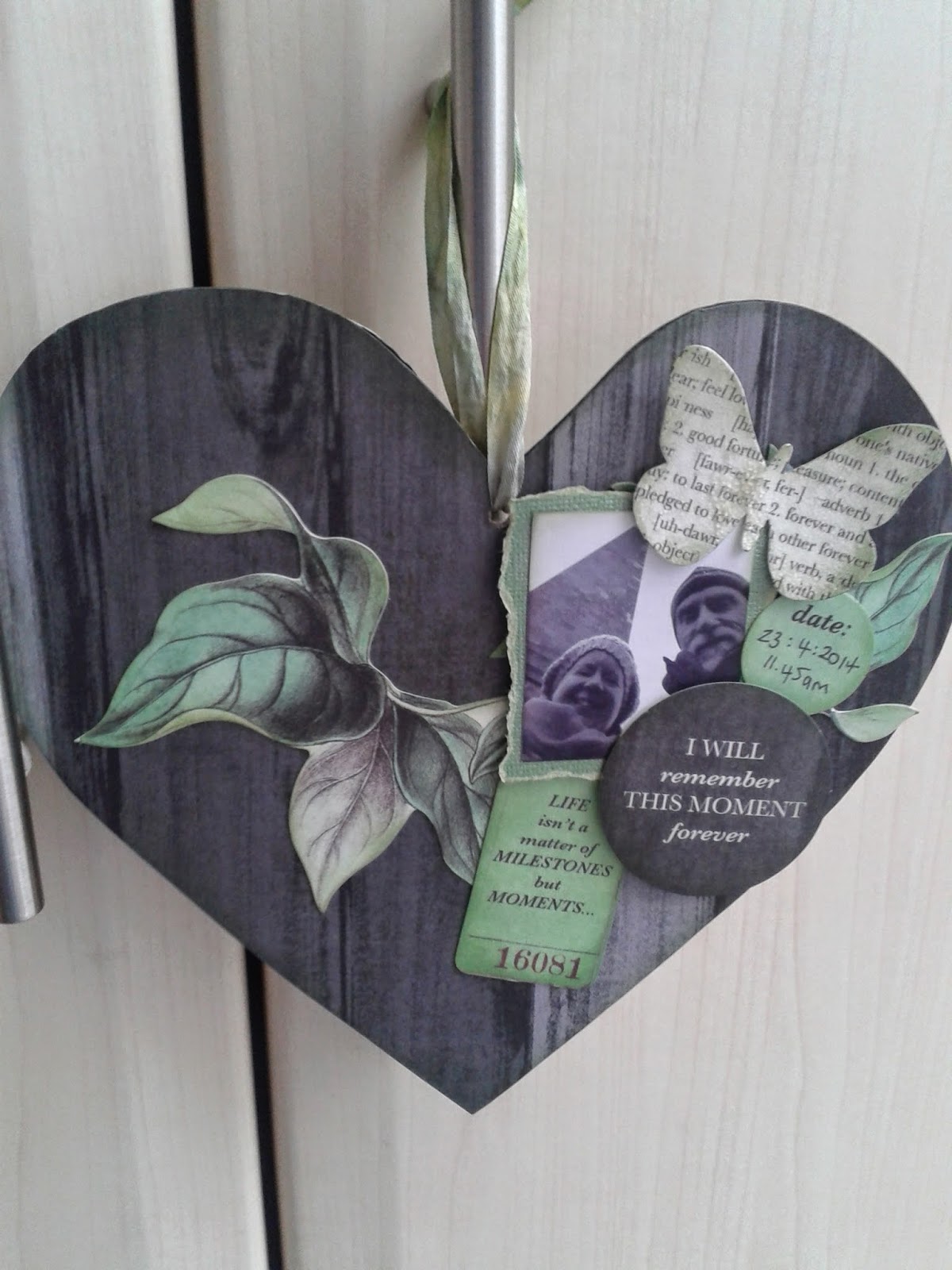 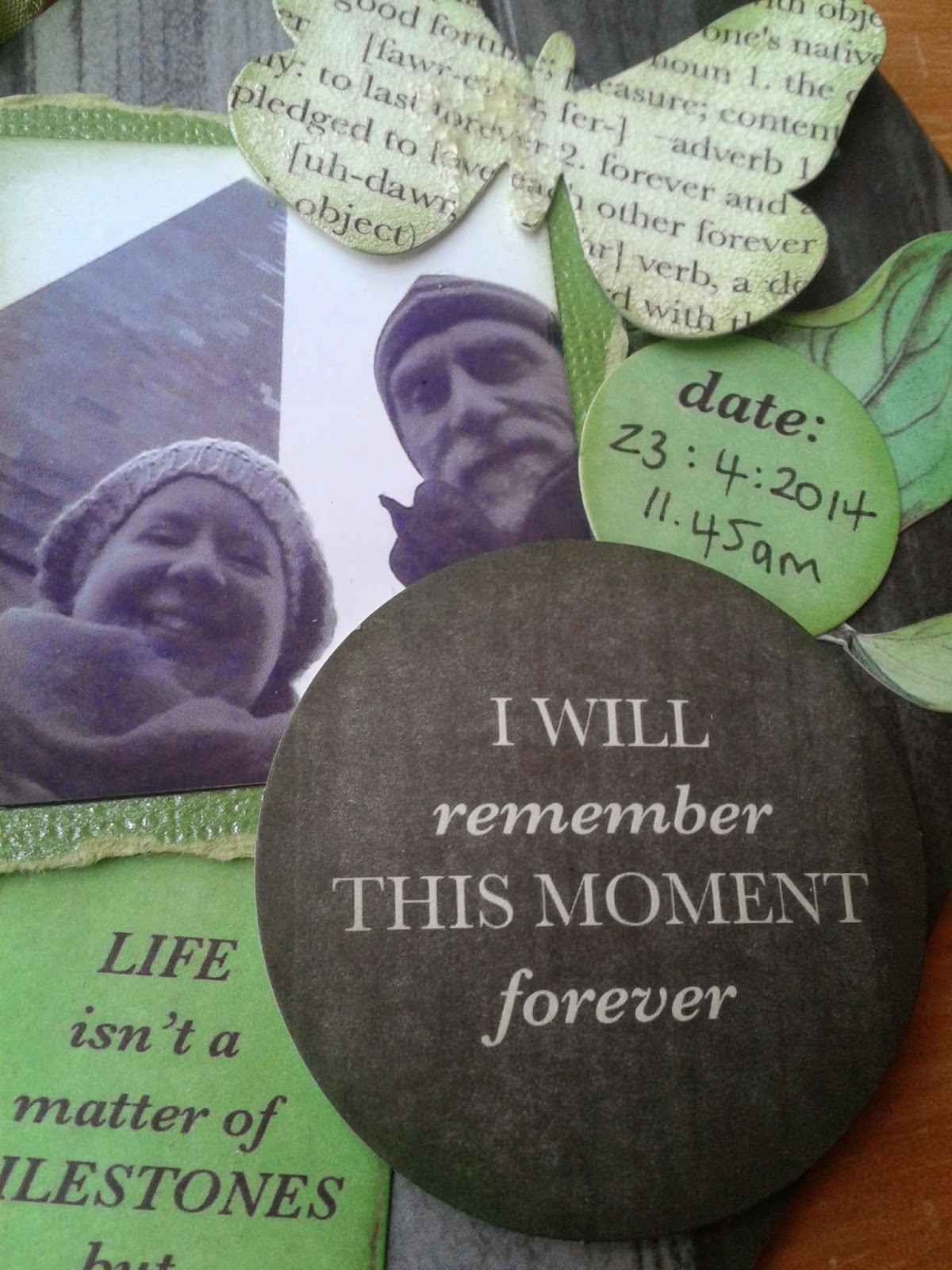 SORRY JULIA ... have broken Rule Number One and have not kept this brief ... will get myself back on track for next week I promise.

My much preferred style of crafting is the whole grunge vibe thingy but not quite knowing what limitations, if any, there were at a crop I went with this silly just-stick-it-all-in-place heart ... will know better for next time and just grunge away.

I did take some tags that I made  before I was taken poorly though ... made as a little memento of the Crop and one given to everyone who was there. 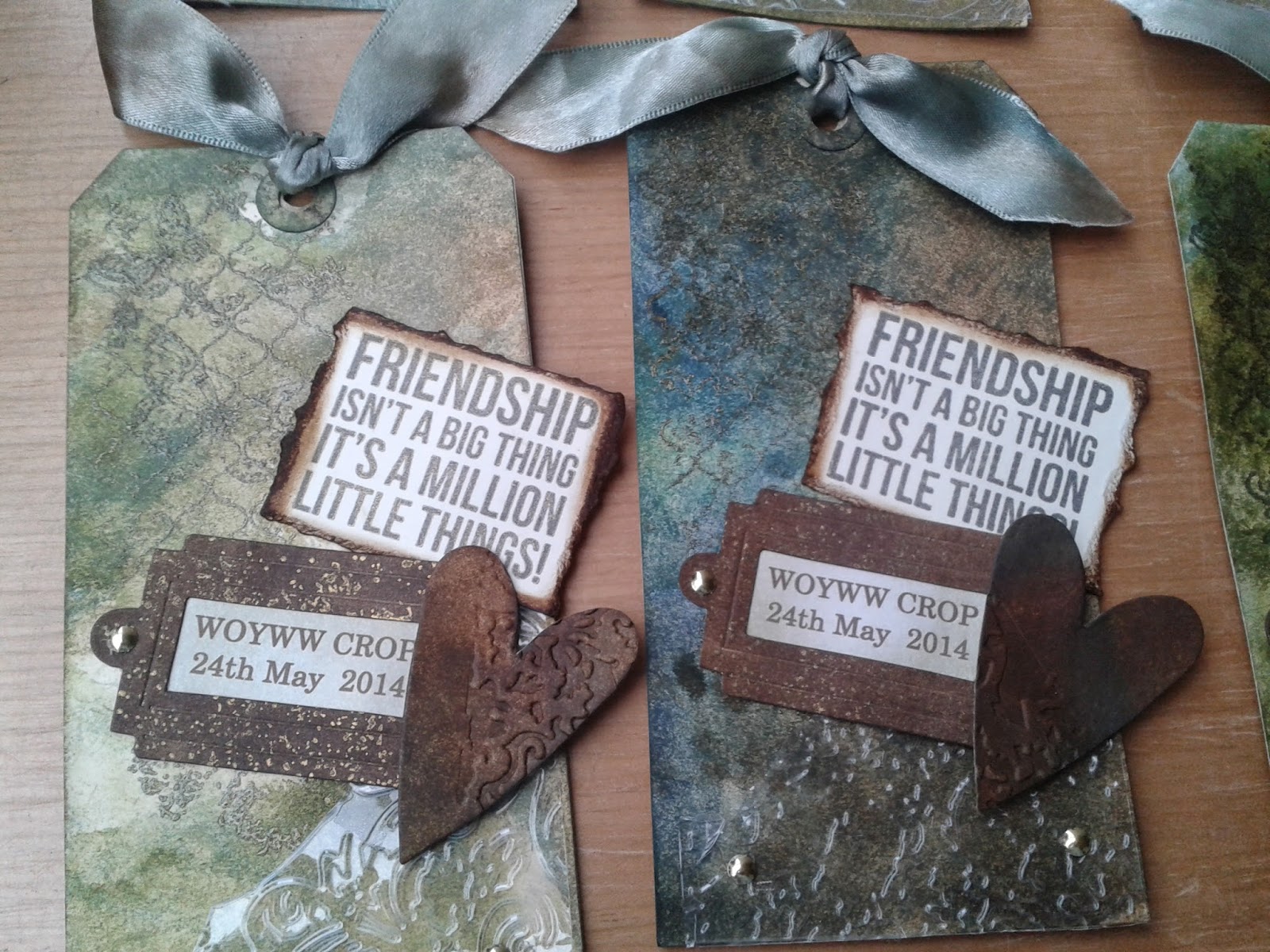 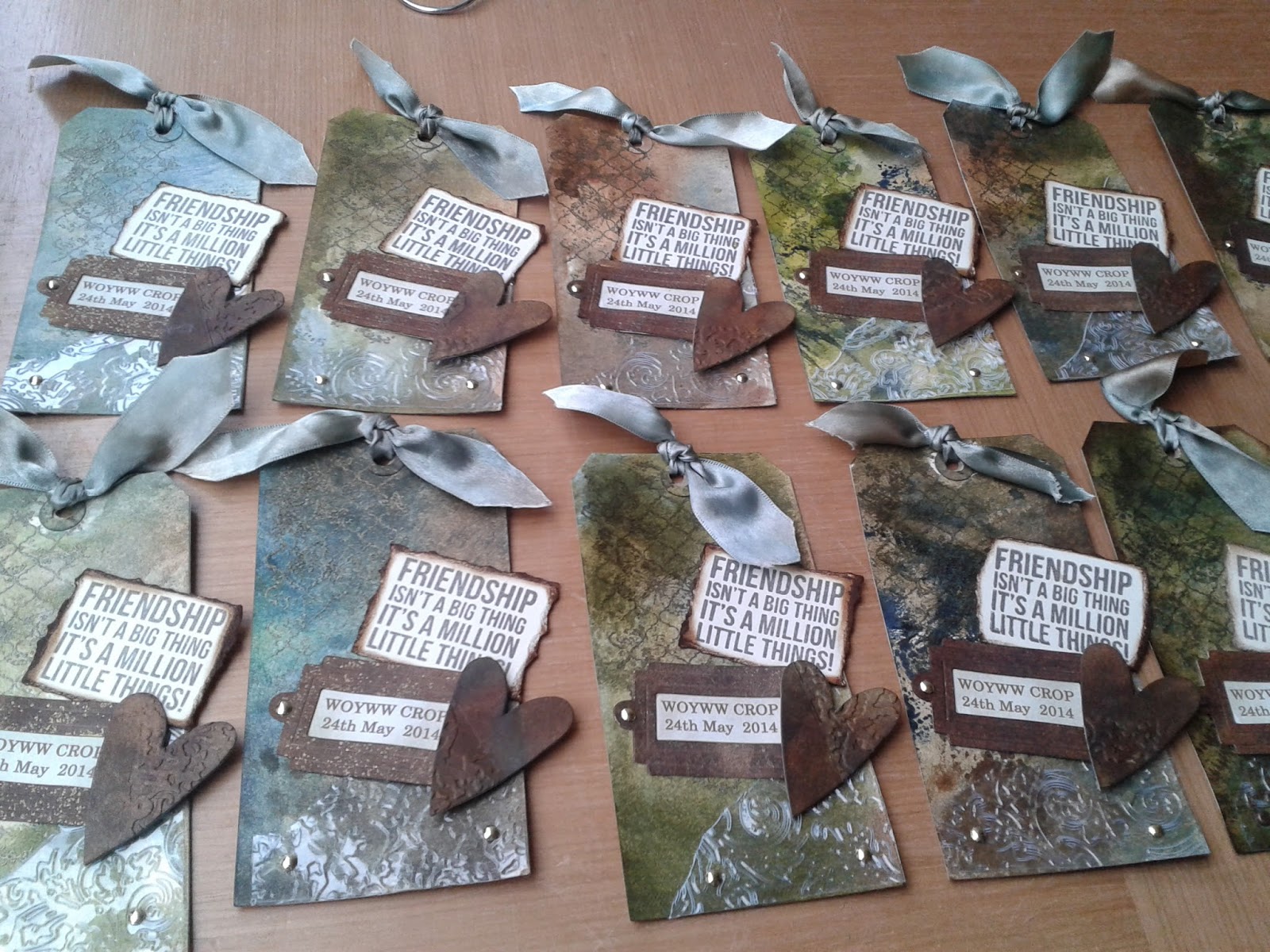 We got to stay on until today ... camping (well, caravanning) in a simply perfect little spot but I dare not mention that or my post will be condemned by The Boss (that's you Julia!)

So before I get put in the naughty corner for making WAY too long a WOYWW post I shall just say thank you once again to Jan and Julia for a really wonderful day.  To MaggieC (Silvercrafter) for encouraging me to get there in the first place and to Shaz (Silverwolf) for coming out to meet me when I arrived so I didn't feel a right numpty walking in by myself.

Of course this is also the 5th anniversary of the wonderful world of WOYWW and am joining in with the ATC swap ... quite a few were handed out and received at the crop but I have one ready to send to the next person on the list but won't post a photo' until the deed is done.

Happy WOYWW'ing everyone and a huge HELLO to all my new friends here in blogland.