Where the poppies blow

Bet you all thought you'd never hear me say this
I didn't think I'd ever hear myself say it either
but
I am really happy with how this one turned out!!!!!!!!!

Absolutely nothing like I had planned in my head for months and months
but one of those projects that evolves as you create
one idea doesn't work but inspiration comes calling and takes you in another direction
problems to overcome ... those poppies very nearly just about tipped me over the edge - from making them in the first place to getting them to sit right in the little tubes
Up close they look utter rubbish but from a distance, and if you squint a bit they just about pass muster as a poppy
besides, I have told you they are poppies, so you have to believe me

Did not want the gold lids on - was adamant there would just be the glass tubes
but just could not find a way of securing the poppies in place
so, with lots of help from Phil, a solution was found
and now I am really pleased those lids went on

Yes, I know, there is not a poppy on the planet that looks like them
but they are a new hybrid you see
a Tatteredrocks Wild Poppy
very rare
so rare there will only ever be 7 in existence

Am so very cross with myself for getting the quote wrong though!!!!
Checked so many times and still got it wrong
it should, of course, read
In Flanders fields the poppies blow

and, of course, I only realised when Phil asked if I was sure it was "blow" and not "grow"
got a bit stroppy and snapped that of course I was sure and found the poem to show him
that's when the air turned blue
and my heart sank
so apologies for the misquote but, stuck firmly in place, there is nothing I can do
I think I know how it happened ... I knew I had 7 tubes so somehow distorted the quote in my head to give me 7 words as I originally intended to have one word on each tube

Then the foreground is to represent the fields where the poppies grow wild and randomly and, in my mind anyway, the two extremes merge

Early for Remembrance Day, I know, but we should not remember just on that one day at that one hour 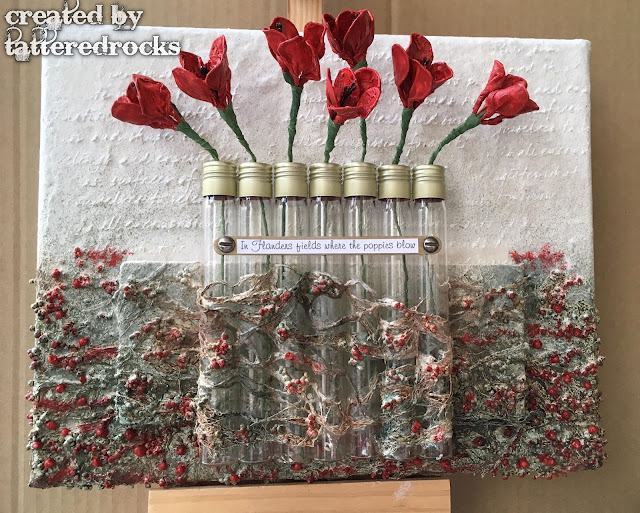 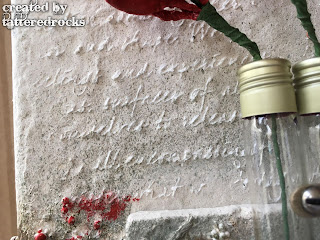 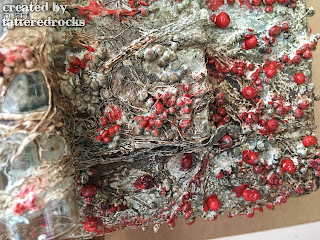 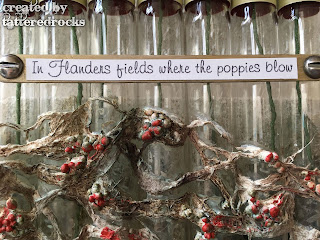