Well, another lockdown can only mean one thing (it means a lot actually but am referring to my little corner of the world) ... another set of giveaways

All these giveaways were very much made possible by Henry's Hat ... Henry being our Great-nephew whom, at nearly six years old, has plenty of other things to do I am sure but, like the superstar he is, he picks me a winner each week

Trying to make the draw as fair as possible I send him only the numbers of participants each week and he picks one of those numbers from one of his many hats and then I check my list of names to see who has won - a system that seems to work really well ... Henry has his own fan club !

Oh how I loved making these - so much, in fact, I made two 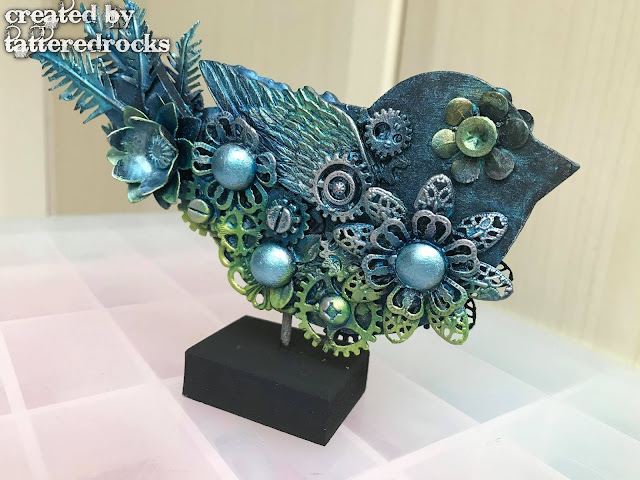 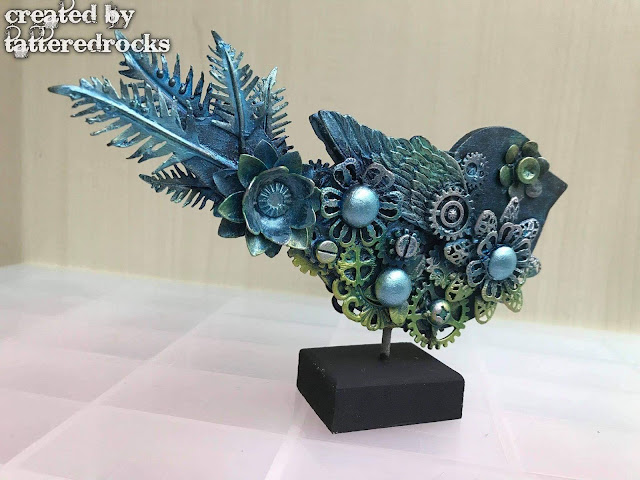 These are also pretty much the colours she used for her Christmas Magic Patreon piece but a huge challenge for me as I really do hate pink but have to say I could live with this if there are no names in Henry's Hat for this one
(edited - there were!) 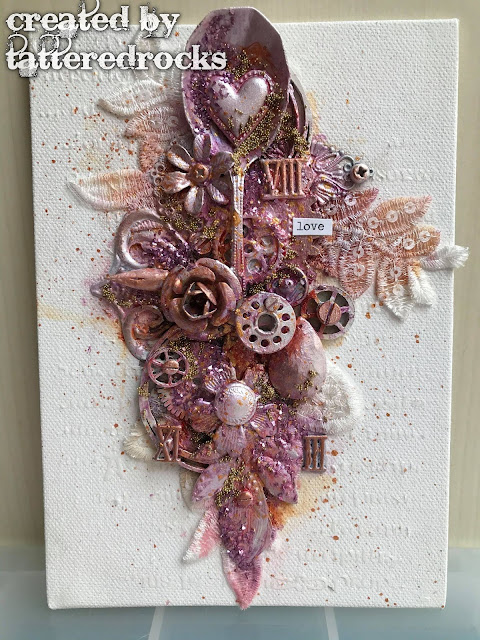 #3 MAKE A NOTE OF IT
Who doesn't need a notebook? 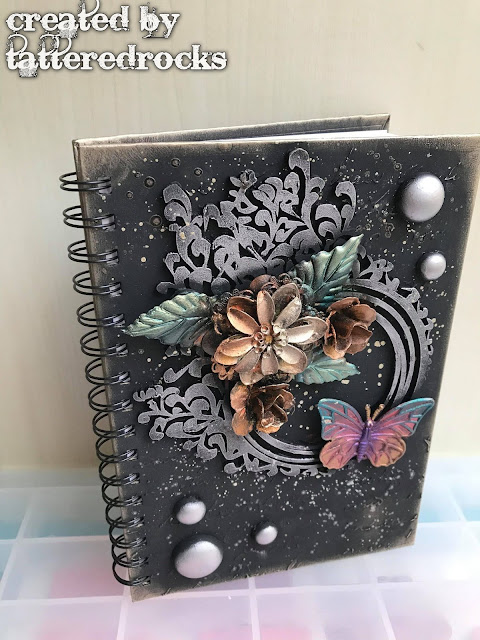 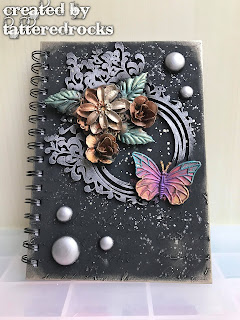 #4 ALTER THE ORDINARY
The ordinary being what is now a part of pretty much everyone's daily life - a computer .. bits of it anyway
I am fully expecting thise one to be a step too far and will send folk running for the hills but not everyone likes pretty-pretty and flowers so will have to wait and see 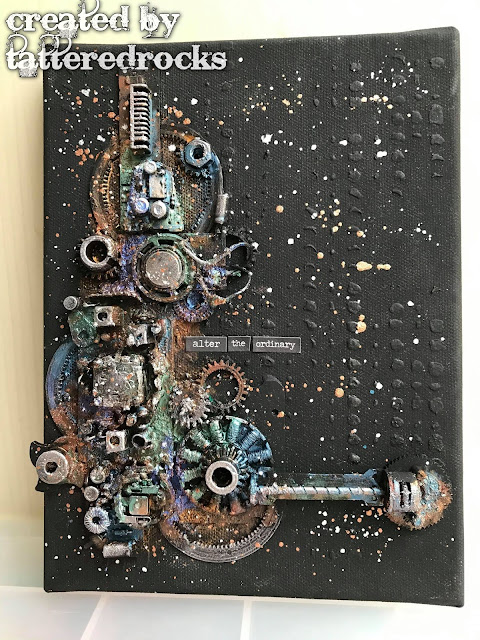 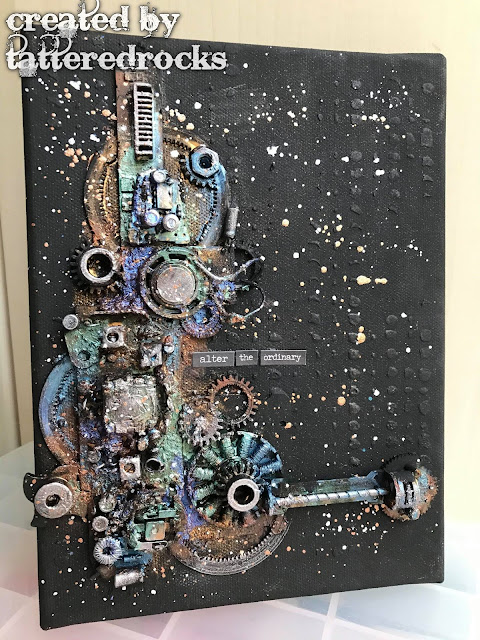 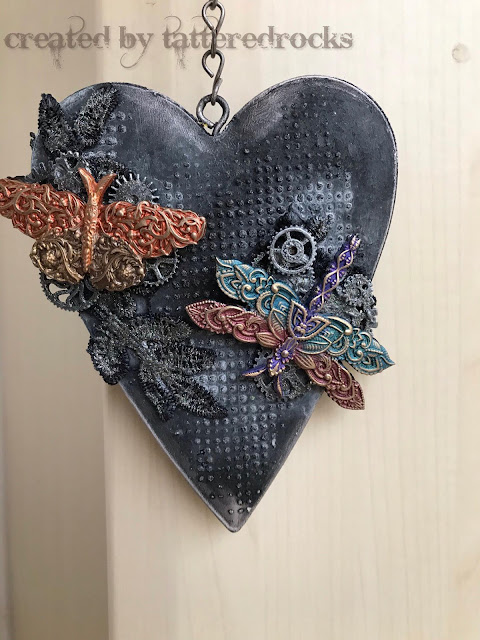 #6 STEAMPUNK ROCKERS OF THE HORSEY KIND
Two were on offer this week & I had serious doubts about these as I did not think they would be very popular - ended up with more numbers in Henry's Hat that any of the other giveaways
Shows what I know
Based on a project from Finnabair
These took forever to make as most of the embellishments were made with moulds and resin
Ten "keys" were needed for each horse and with only one key on each mould that meant 20 pours! 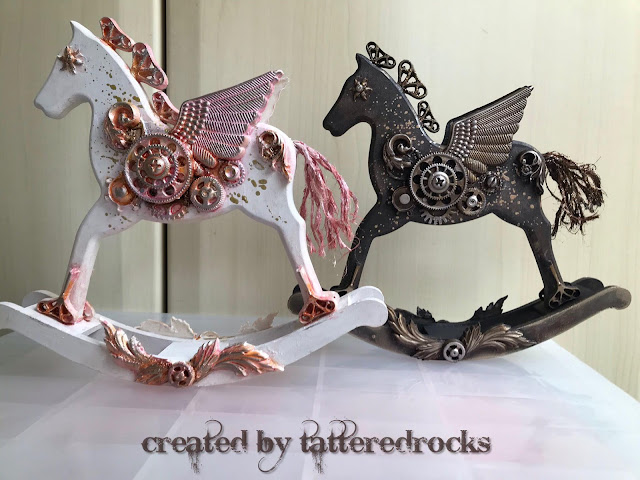 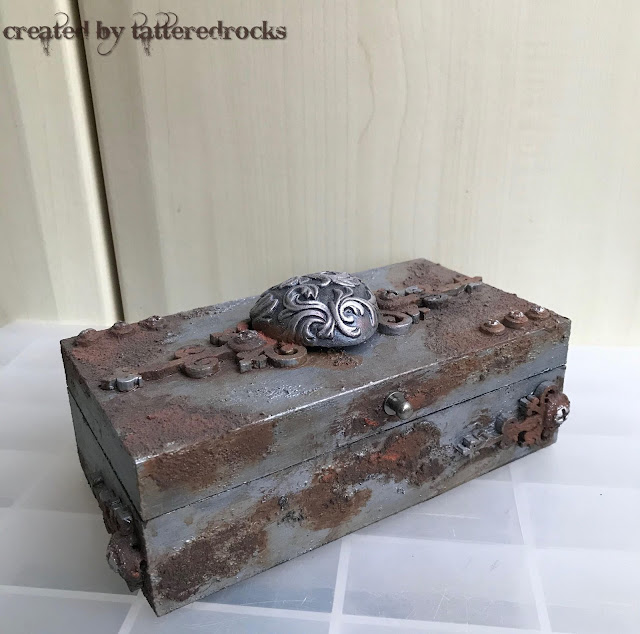 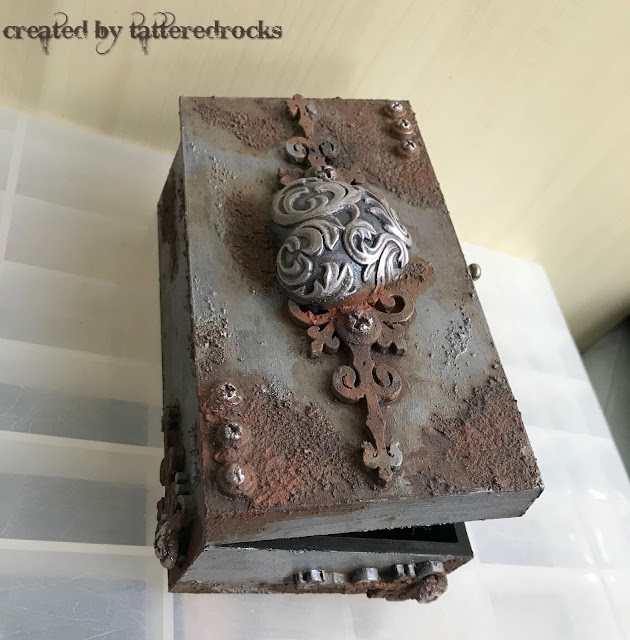 Two Powertex gnomes made after an on-line workshop with Annette Smyth (creativeadventurer.co.uk) 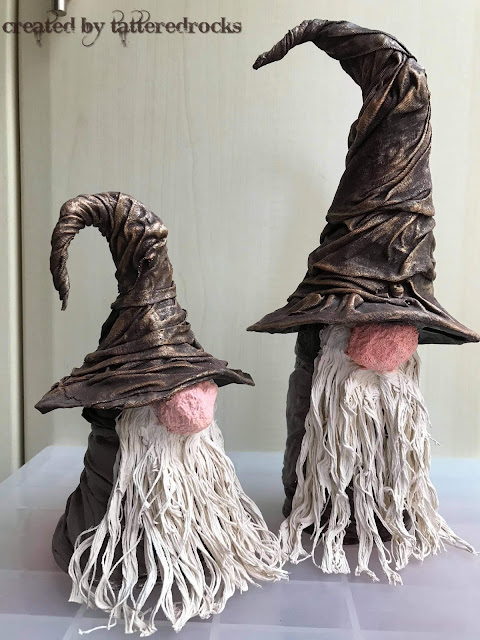 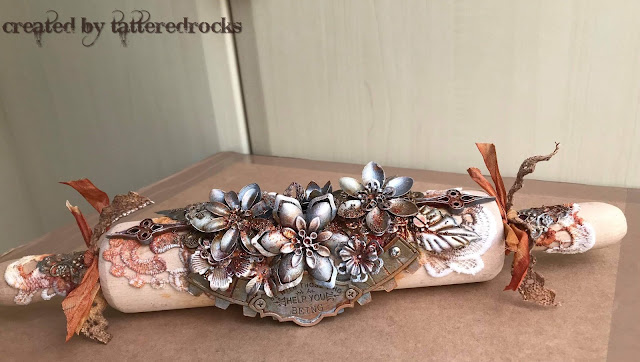 #10 LITTLE PLAQUES OF POSITIVITY
I wished everyone who put their names in Henry's Hat each week could win, but most weeks there could only be one number picked
So this week I did five little plaques giving five people the chance to win 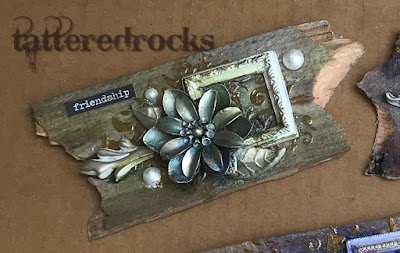 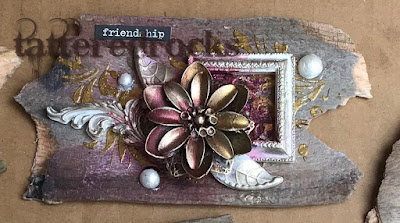 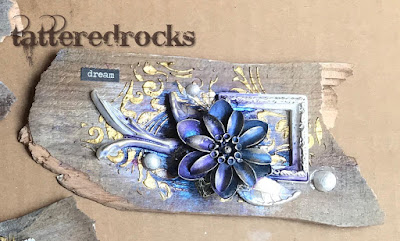 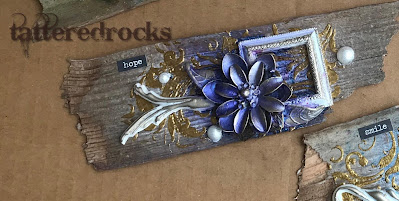 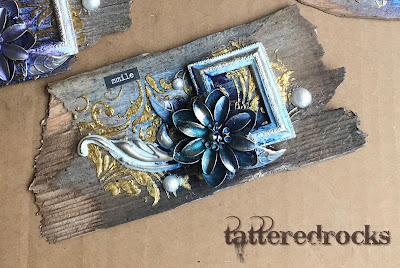 #11 BLISSFUL BUTTERFLIES
or, as they were originally called ... Can't Think Of A Title
(because I couldn't!)
Then a dear friend came up with Blissful Butterflies & I was very happy to go with it
Another remake of projects I have done in the past but loved doing so was able to have two winners 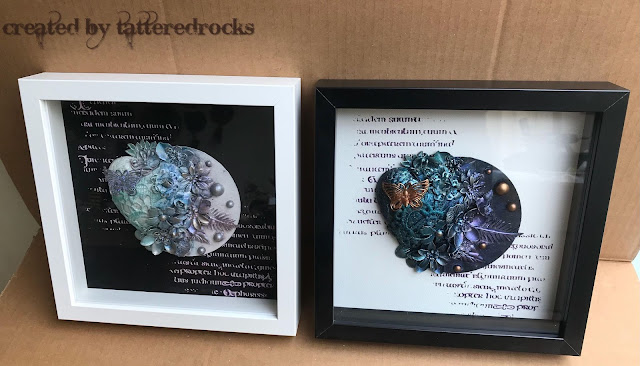 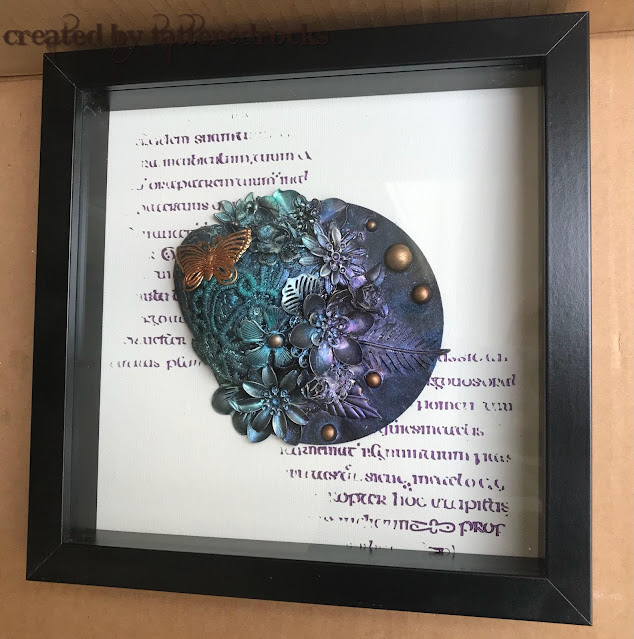 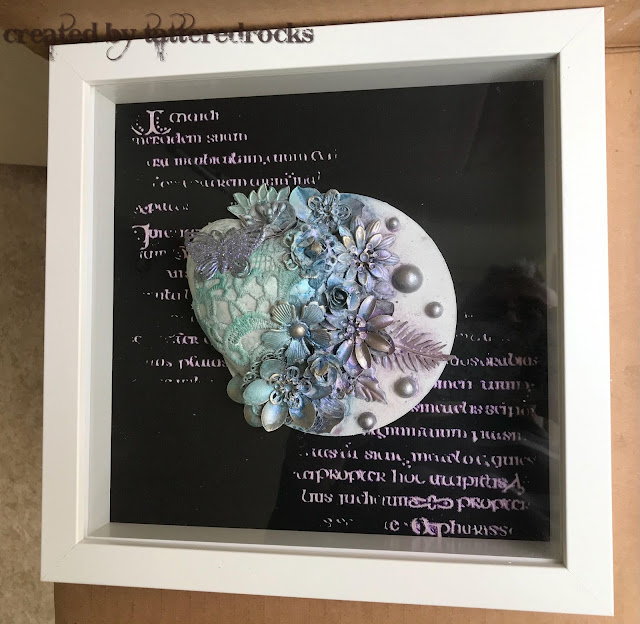 #12 TIME SPENT TOGETHER
And so the end of another lockdown & this one was to represent the time we have spent together with our little weekly dips into Henry's Hat
The draw for this one will take place almost a year to the daythat Henry first picked us a winner - a whole year!  I can scarcely believe it - a year for all of us of uncertaintity & sadness, being scared and overwhelmed - but also of friendship and thankfulness
And I am truly thankful for all of you who played along, keeping me going each week and givieng me an excuse to keep busy doing what I love to do
Better times ahead my dearest friends ... there has, now, to be better times ahead 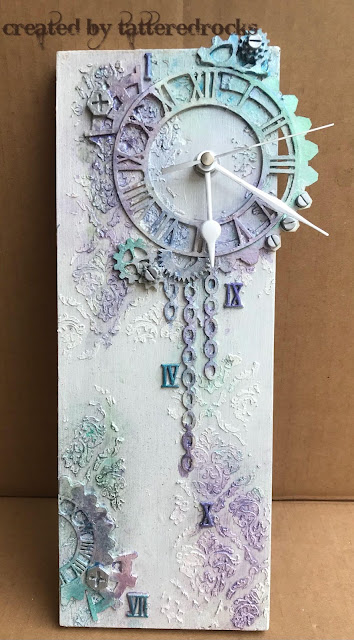