As one of Finnabair's Patreons I was gifted these two workshops - a quite unexpected but wonderful treat!

Each year Art Venture by Gather run a huge event in California but, of course, in the times of a pandemic this could not go ahead so it was the internet to the rescue and they went on-line

First workshop was the clock

Finn used a photo' inside her clock but I am not keen on using photos so struggled to think of a focal point - then it came to me!  Had been saving this pocket watch for a a few years, waiting for the right project to come along - I think it was waiting for Finn's alarm clock all along! 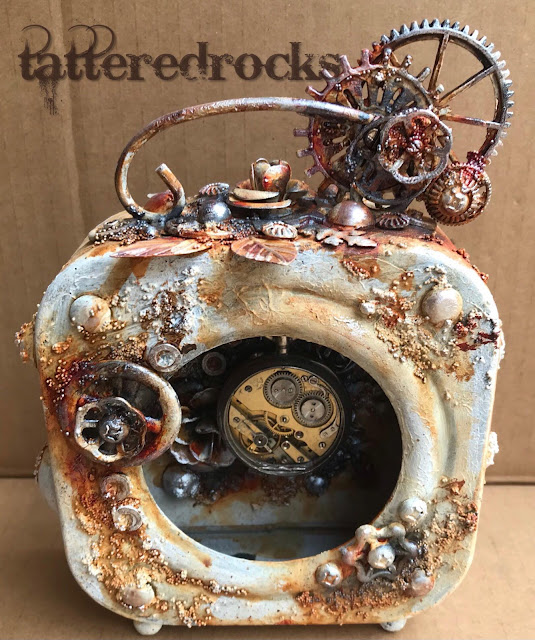 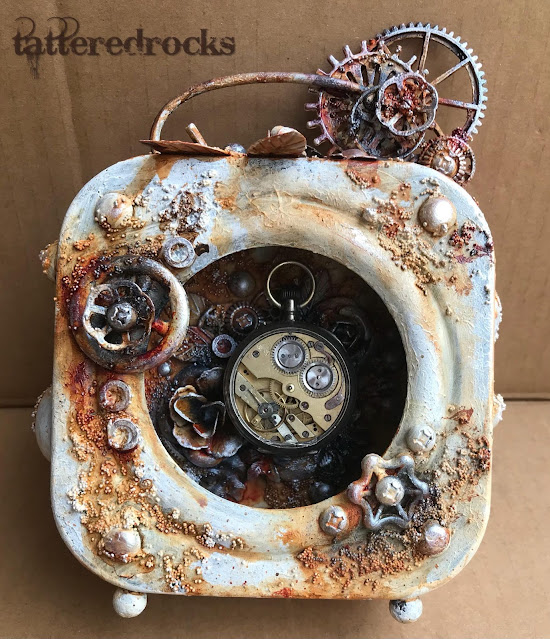 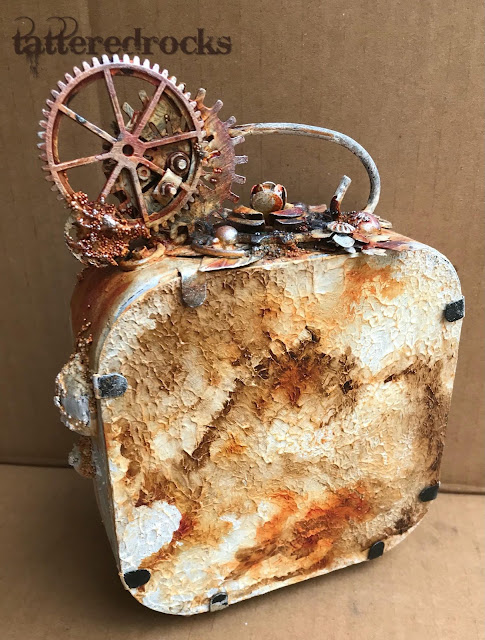 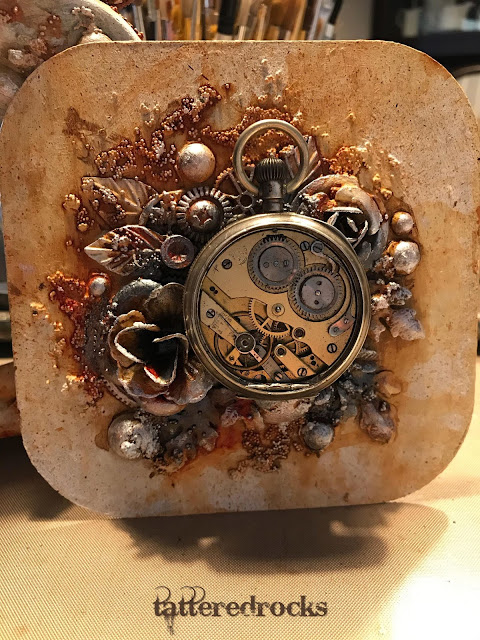 The next day saw the notebook workshop

I struggled not having anything really suitable so, as I have been trying to learn how to draw gems I decided to throw caution to the wind and include one of my own

Hilarious, I know, but I actually quite like the result 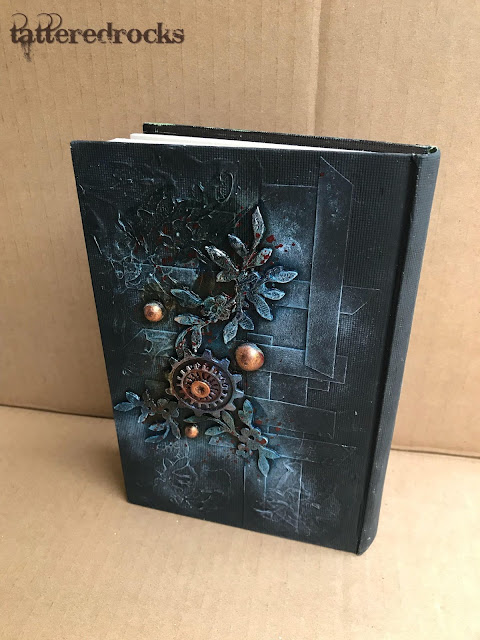