Spent ages getting a really lovely Powertex Stone Art layer down on my little canvas
Was really pleased with it too - not something you hear me say very often!

So what do I do?
Go and wreck it of course

So ... after many tweaks and left with the only choice of painting it all over and re-colouring (my lovely Stone Art layer is now completely obliterated by the way!) or ...

OR taking the scissors to it and trying to save the ammonites ... again, for once, I was really happy with the composition of them and having spent ages first making the clay and then making the ammonites themselves I hoped I could save them

Photo on left - a lesson in how not to produce a piece of work
Photo on right - unstapled and prised from the frame
BUT - look at that frame!!!!  Was inspired the moment I saw it!! 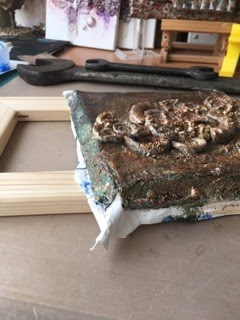 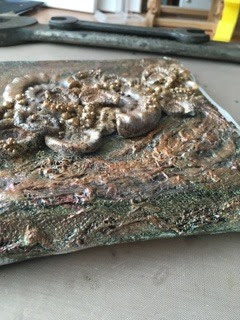 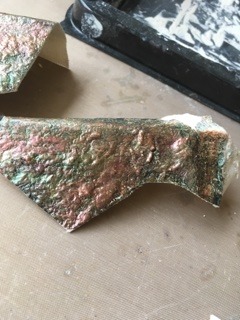 Next two photos are the horrible bits cut from around the ammonites ... but, upon reflection, they might have been ok on a different project but too late - are now confined to the dustbin 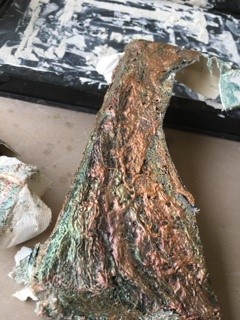 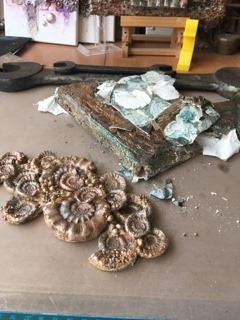 Remember the frame to which the canvas had been attached?  it sent me in a different direction to the one I had planned but what a find! 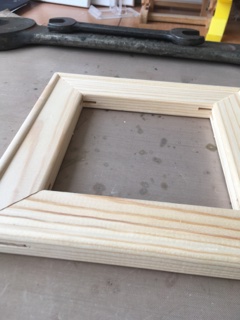 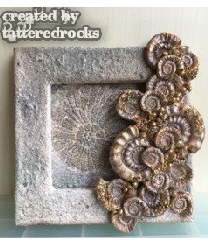