Making a habit lately (like for the last 15 years at least!) of almost quite liking a project only to then mess it up
So why should this one be any different?!

Kinda, sorta had an idea in my head and kinda, sorta got this down onto a canvas and was really quite pleased with it

But, of course, it was already stuck fast and firm to the canvas I did like and nothing was going to prise it off without wrecking the piece completely
(remember Ammonite-gate?  Already destroyed one canvas this week in order to save it so didn't fancy doing it a second time!)

Was sensible and slept on it over night
No drastic action this time!

Figured I could maybe tweak the heart further to make it more balanced
Nothing was ever going to put it completely right
BUT ... can live with it at least now

Another Powertex project apart from the modelling paste down the far right hand side which is Finnabair's
and both stencils ... that on the right hand side and the diamonds are Finnabair's too but everything else is Powertex
Oh the dome thingies are Finn's  and the word is from one of Tim Holt's sticker books ... didn't actually have the word "fragile" so cut up two words I thought I'd never use and don't mind the chopped up, wonky effect of the word at all - wish I'd made it even more wonky actually 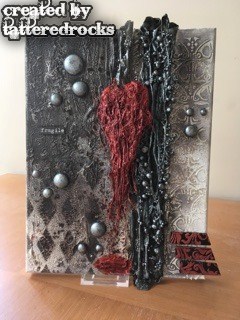 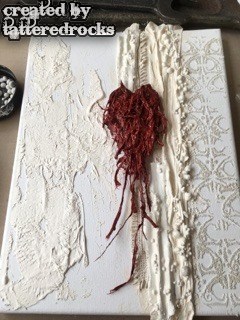 Was pleased with the colouring too 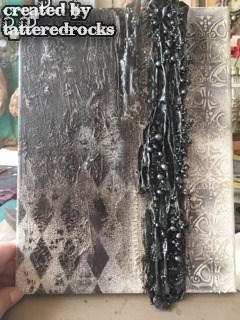 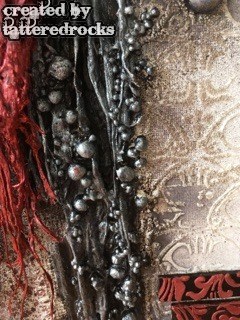 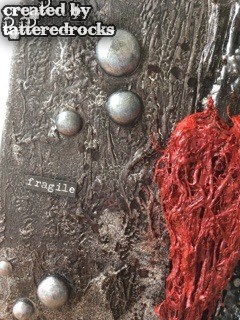 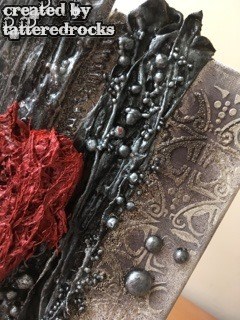 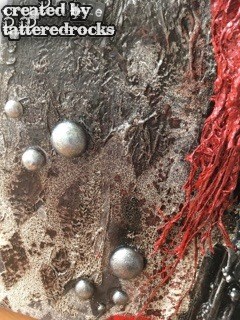