Grunge paste & embossing powders, crackle paste and rust paste
all the stuff I never imagined would enter my world
but which sent my crafting in a whole new direction

Did this one first ...
a ton of Finnabair's crackle paste - left to dry overnight so you get the best crackles in the world
Sprayed with more ink than you'd think possible
spray - dry ... spray - dab - dry ... spray & dry some more
and so on and on and on until I was happy with the colour
Mostly used Lindy's sprays but have to admit to Tim Holtz's Distress Spray coming into the mix ... Chipped Sapphire, of course

Finnabair's modelling paste through a stencil & then sprinkled with Seth Apter's Baked Textures (which have a tingle factor all of their own) & then heat embossed until it splutters & spurtles ...
can't beat a good splutter & spurtle!!!

One of my all time favourite products is Finnabair's original Rust Paste Set
would rust up everything if I could
Finn has lots of variations of these pastes out now but I am struggling with any of the new colour combinations ... just can't seem to get even a half decent effect - as my last canvas here will prove!

Not giving up and will just keep trying! 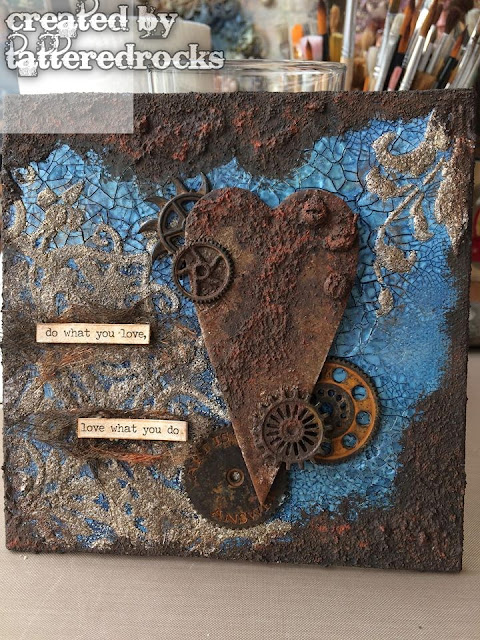 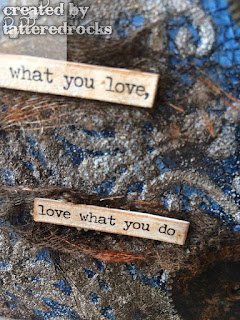 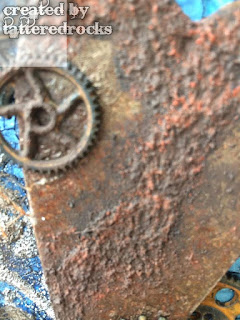 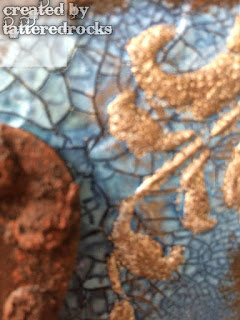 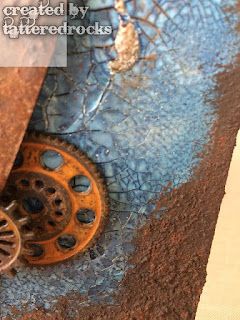 Monochrome sort of called to me but it felt too "flat" so a touch of colour accent was deemed necessary
trouble is, what colour?!?!?!?!?!

Rarely use purple so purple it was
in and out of my comfort zone in one fell swoop!

Same crackle paste background - this time dried in a couple of hours as it was so hot
Lindy's sprays again and then Tim Holtz's Distress Resist sprayed through my favourtie stencil ... once that has dried I used a silver spray by Sweet Poppy to make it stand out
Triple embossed mdf heart using Seth Apter's Baked Textures with Finnabair's wax stroked over to highlight the, er, hightlights
Various Finn's glass glitter, micro beads & mica flakes added 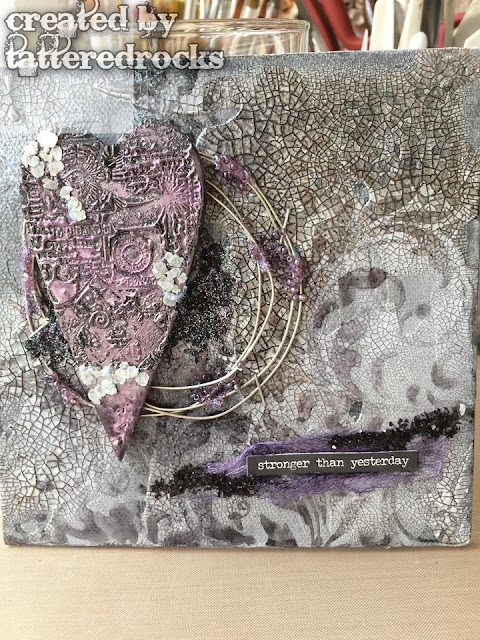 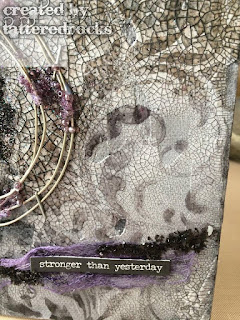 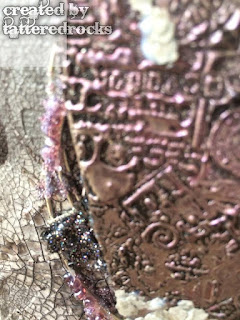 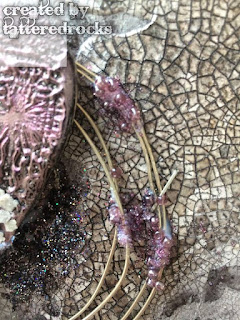 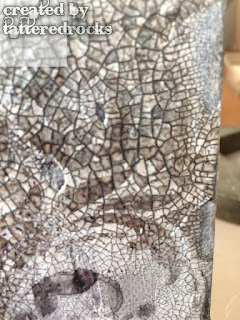 Then, because I was having way too much fun I did a third
just little 6" canvas boards so they don't take up too much room

Background this time was Finnabair's newly released Stone Wall Effect Paste
to be honest my heart sank a little when her new releases gave us four new sets of rust paste ... I have still to even open three of her previous sets -
yes, they scare me that much!
But I quite liked the look of the Stone Wall effect one so thought I'd give it a go
Not at all happy with it but got to start somewhere, right?

The embossed heart was one from playing earlier but was never really happy with it so, great thing about triple embossing is who is counting?
This one was probably embossed five or six times and I did slip a bit when stamping the bee but hey, imperfect grunge, right?

As Tim would say, "just get over yourself"
so I did 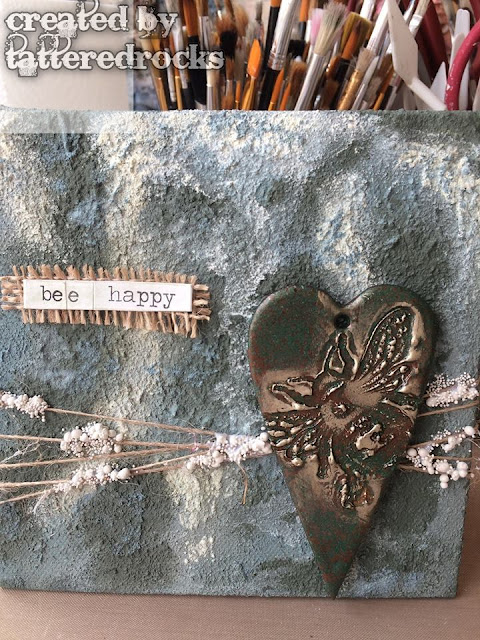 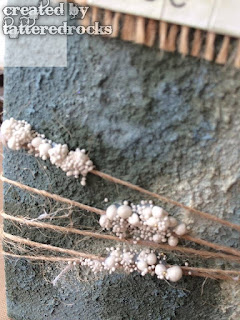 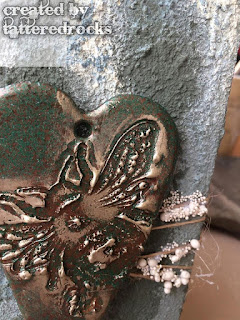 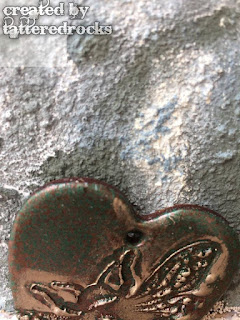