Lord Of The Rings On A Swing

For the third time in 14 months great-nephew Henry was ring bearer at his three uncle's weddings ... did brilliantly each time but have to say that this time he absolutely nailed it!

This photo' was taken at the wedding and has become a firm favourite of mine so when I saw Finnabair's latest video project I was, yet again, inspired by her to have a go and this photo' seemed to be the one to use
This is the link to  Finn's video

Made on clear acrylic or perspex - have posted two photo's to prove it! 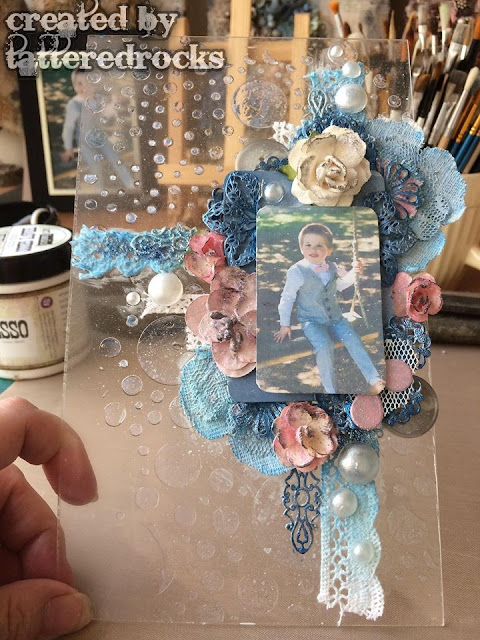 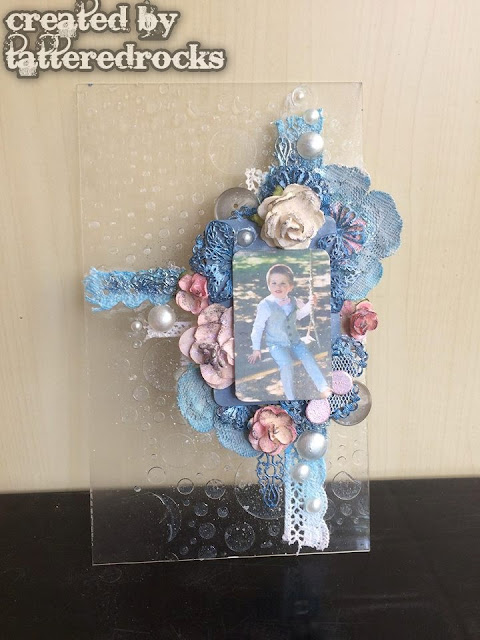 I picked the colours from the wedding but realise now they are far too girly for the whirlwind that is H ... have tweaked and tweaked this trying to make it right but finally called it a day and had to consider it done